It was a rather warm winter Wednesday at Busch Gardens Tampa, but the heat wasn’t stopping crews from making progress on Iron Gwazi. From work on track, ledgers, and supports in different areas to the installation of a huge sign over the roller coaster’s station, it was a busy day across the site. 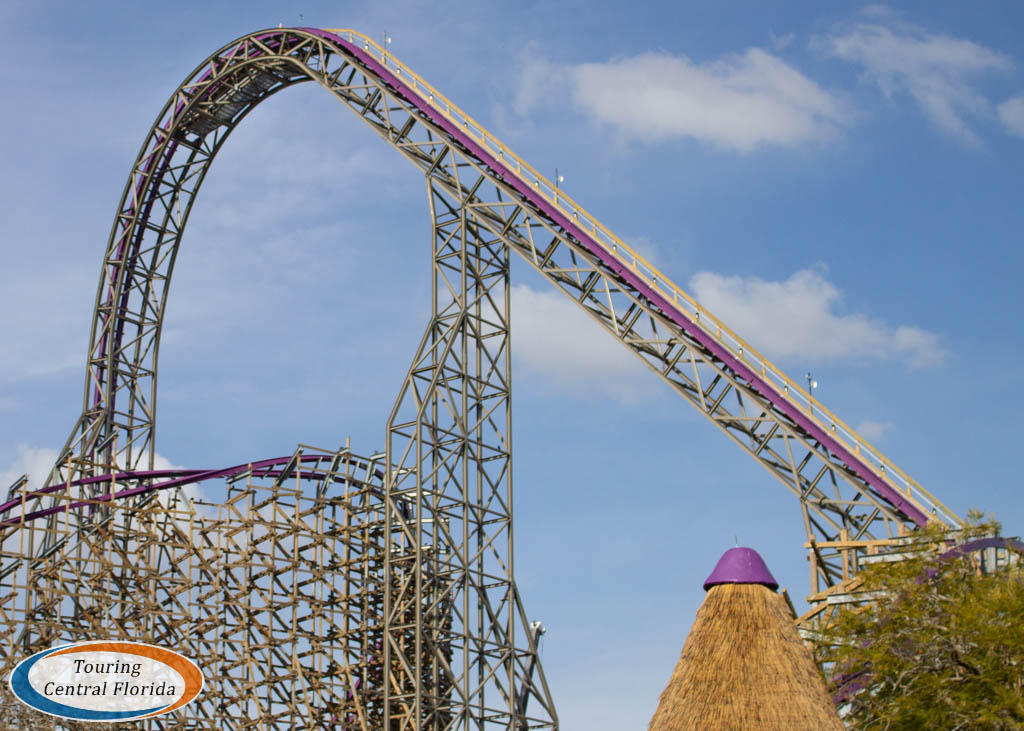 Since our last big Iron Gwazi construction update, the huge second hill has been erected and features an outward bank turn.

Additional track and a number of ledgers on top of new supports in the northwest corner of the site, near Gwazi Field, have also recently been installed. 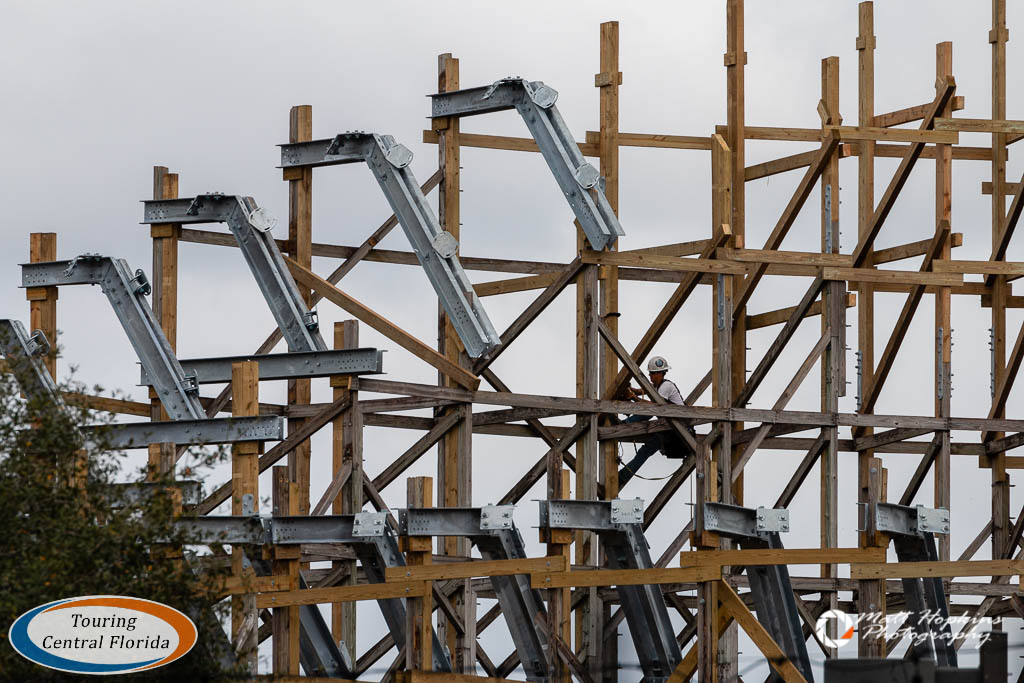 During the recent hard hat tour for media guests, we got to see the coaster trains on the track in the station area, and we’ve heard some basic testing of the brake run and station has already begun.

On Wednesday, we caught a brief test of the lift hill motors and gears, seeing the chain in action. Even though the track isn’t yet complete, it’s interesting to see initial testing of individual components of the ride system already underway.

Earlier this week, the sign for Iron Gwazi went up over the entrance building. Along with the new name, a crocodile figure similar to the one that graces the front of the trains makes an appearance here.

On Wednesday, it was the station’s turn to receive a larger version of the Iron Gwazi logo. Crews began prepping for the sign’s installation in the morning, and the process continued through the afternoon towards dusk.

The sign over the station was installed in two large sections, with the Iron Gwazi title being erected first.

A while later, the large stylized crocodile portion was hoisted into place on top.

Shortly after 5 p.m., crews wiped down the sign and revealed it to a few lucky guests as they were leaving the park for the day.

Crews could be seen at several spots along the track making adjustments and getting Iron Gwazi closer to completion today as well.

Landscaping, lighting, and other finishing touches are also being worked on across the site. We saw new greenery spread out along one part of the pathway in front of Iron Gwazi getting ready to be planted. Crews were also busy refurbishing the walkway surface on the queue ramps.

Some additional shots from around the Iron Gwazi construction site on Wednesday.

Don’t miss all of our past Iron Gwazi construction updates, going all the way back to when demolition began on the old wooden structure over a year ago. Stay tuned to our site and social media channels (linked below) for the latest on Iron Gwazi and other projects and happenings at Busch Gardens Tampa Bay. 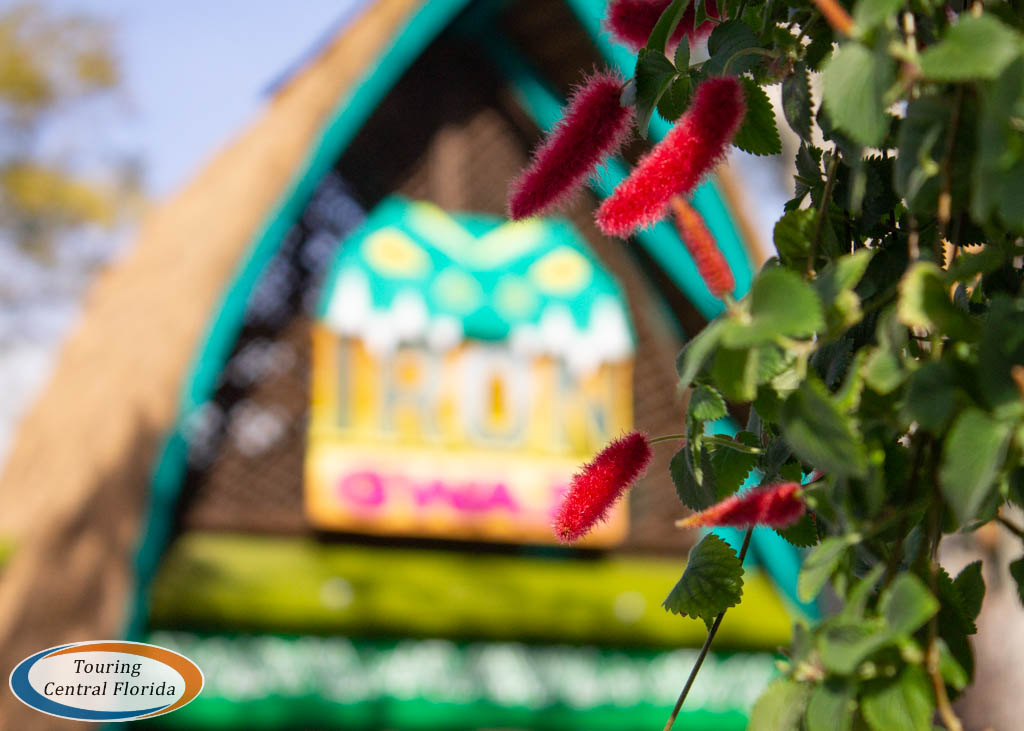 Special thanks to photographer Matt Hopkins for the use of many images in this article. As always, all photos and video in this update were taken from guest areas at the park.

Join in the conversation on social media using #IronGwazi, #2020Rising, #RMCGwazi and #BGTProject2020. For the latest on Busch Gardens Tampa and other theme parks, attractions and more across the region, be sure to follow Touring Central Florida on twitter @androckb & @TourCentralFL, and give our facebook page a like.