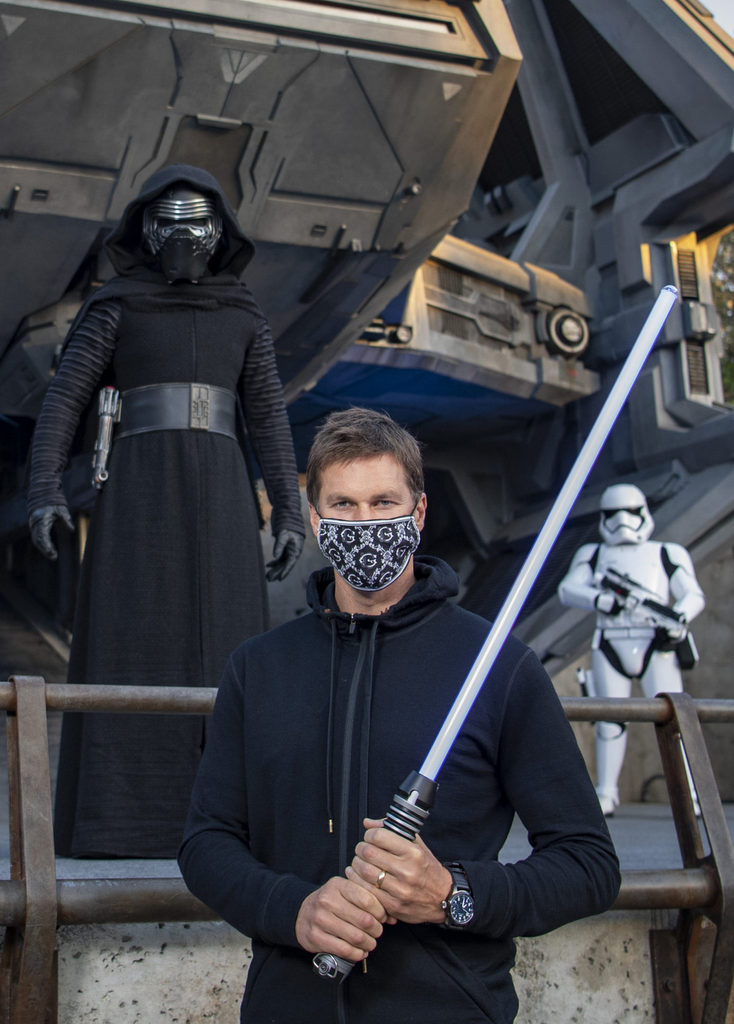 It was a much-anticipated visit by Brady, who starred along with teammate Rob Gronkowski in Disney’s iconic “I’m Going to Disney World!” commercial after the Super Bowl in February. Brady was named the game’s MVP after leading the Bucs to victory over the Kansas City Chiefs. Immediately after the game, Brady pronounced he was going to Walt Disney World.

He made it Easter weekend, spending a sun-splashed day on Monday at Disney’s Hollywood Studios to experience Star Wars: Galaxy’s Edge for the first time. Brady built his own lightsaber at Savi’s Workshop, drank Blue and Green Milk, interacted with beloved Star Wars characters, and experienced the popular attractions Millennium Falcon: Smugglers Run and Star Wars: Rise of the Resistance.


Brady and Gronkowski (who visited Walt Disney World in February following the Super Bowl) were the latest NFL megastars to celebrate their team’s Super Bowl victory at Disney theme parks. The tradition, which has become an enduring part of the Super Bowl’s history, began in 1987 when New York Giants quarterback Phil Simms first appeared in the Disney commercial and visited Walt Disney World Resort following his team’s Super Bowl victory.

For news on Hollywood Studios at Walt Disney World and other theme parks, attractions, and more across the region, be sure to follow Touring Central Florida on Twitter @androckb & @TourCentralFL, and like our Facebook page.