Recent rainy weather and overcast skies have kept us away from doing an update on Gwazi construction at Busch Gardens Tampa, but it hasn’t stopped Rocky Mountain Construction (RMC) crews from making significant progress in the last few weeks. 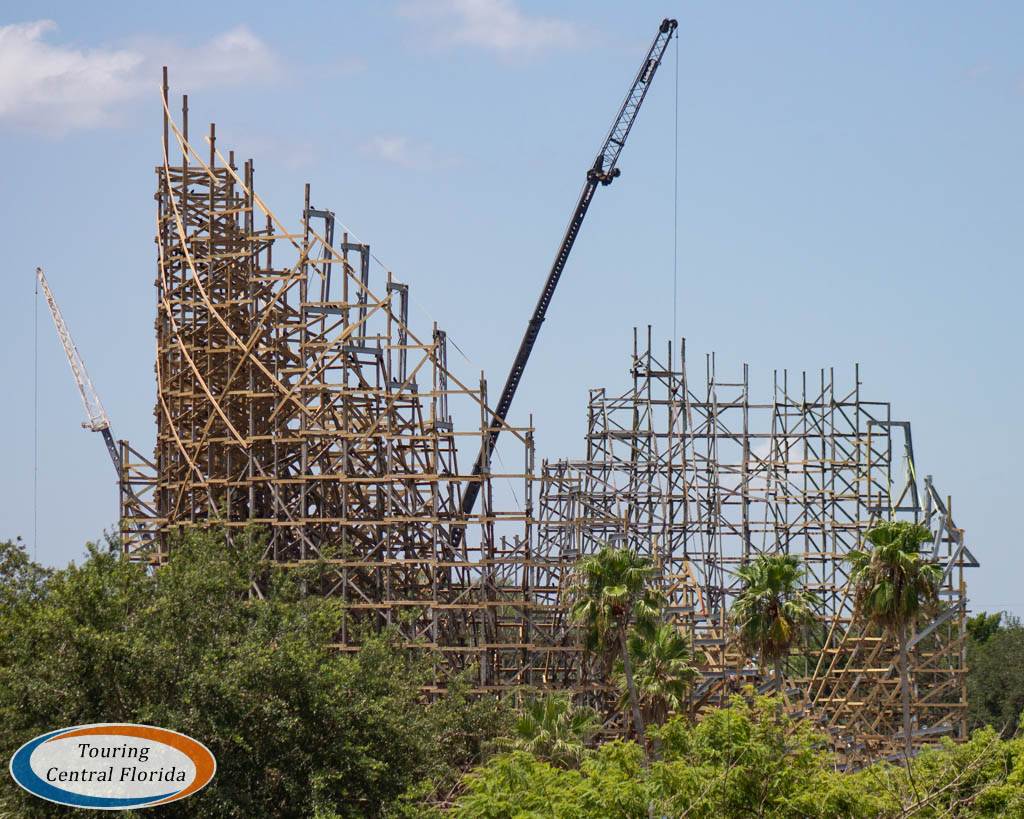 Since our last update, crews have been busy building new support structure around the site and installing a number of ledgers that will soon support the purple track segments. Work on the roller coaster’s queue and station has also progressed.


Walking in the gate and heading towards Gwazi, guests might first notice some new ledgers in the distance past Zagora Cafe. These are located on the former lion side first drop. 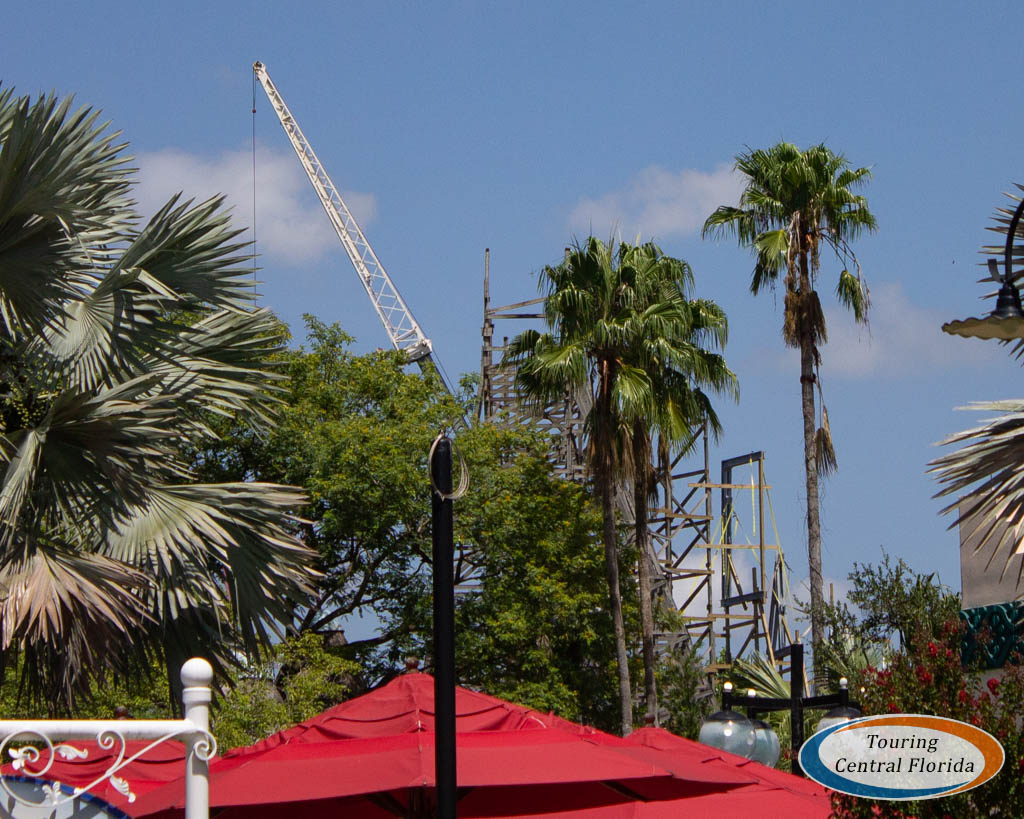 The station roof and facade have definitely seen better days. While it doesn’t appear any work has started up here, down below and in the queue is a different story. 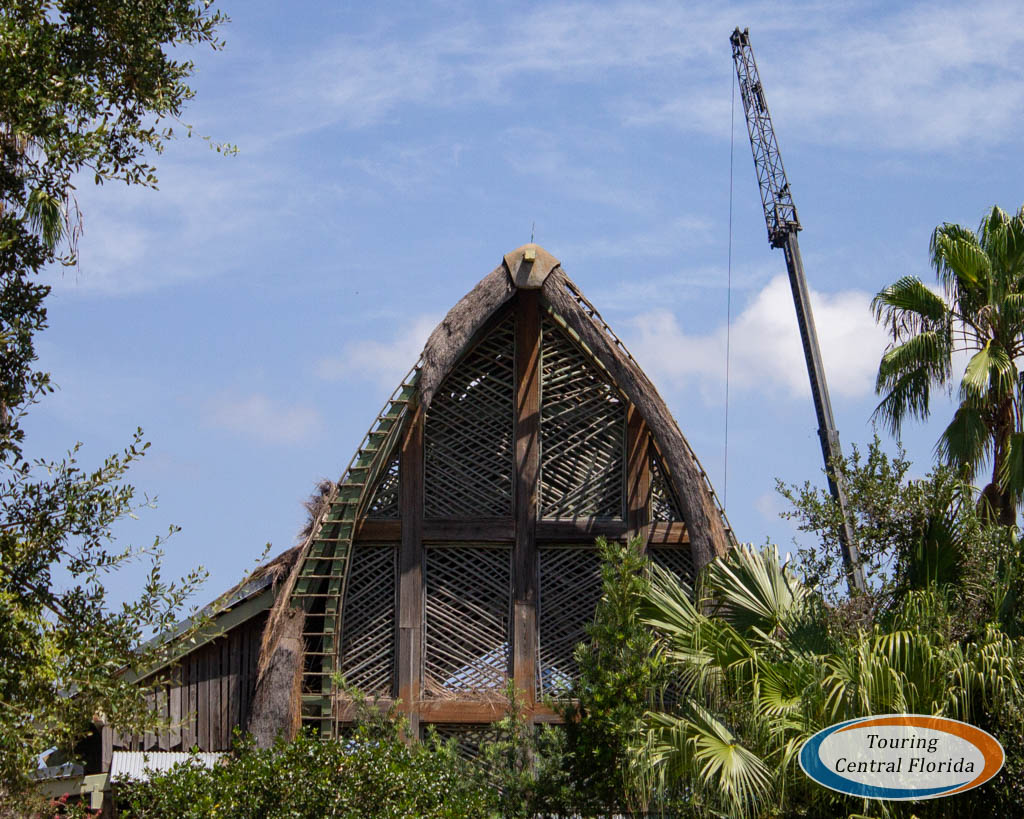 In front of Gwazi, new work walls have gone up recently. One small section with doors gives access to the front of the station area, where the trenches were previously filled in. 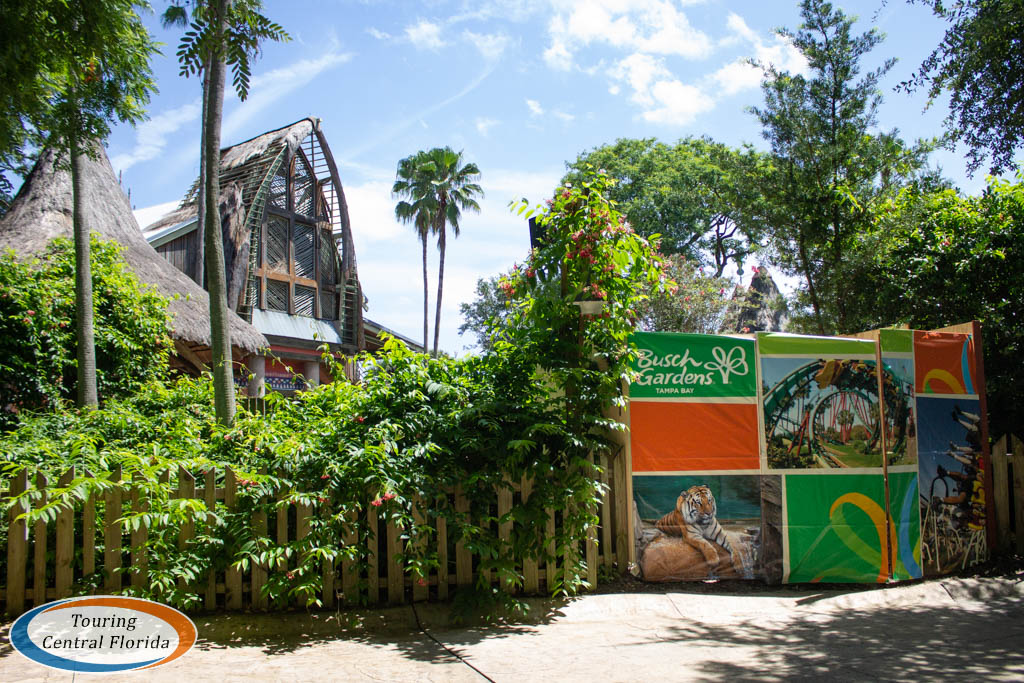 Closer to the coaster’s former entrance, a new section of work wall has also been added. 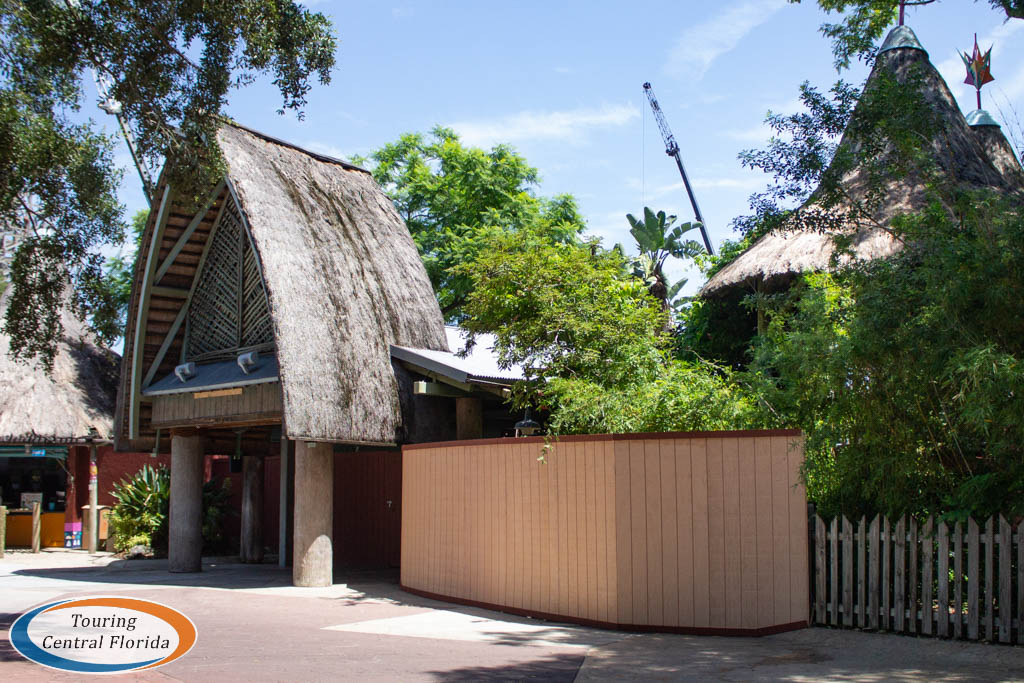 Along the queue, much of the foliage in the area has been cut back. The decorative wooden fencing along the railings has been removed, and crews today could be seen painting the remaining railing. Since they’re doing restorative work, it appears at least some sections of the former queue will be used for the new roller coaster.

On Tuesday, two cranes were busy in the morning and early afternoon hoisting ledgers and lumber as crews continued assembling the new roller coaster.

The former peak of the Tiger side lift hill is barely distinguishable as an entirely new section has been added turning away from where the lift hill once stood.

Views from the east side show the blending of the old structure and new construction, along with temporary bracing.

Progress has also been made over on the former Lion side of Gwazi as well, with several ledgers at an extreme angle added to the former first drop.

Caught these two crows taking a break on one of those newly installed ledgers while all was quiet on this part of the construction site. 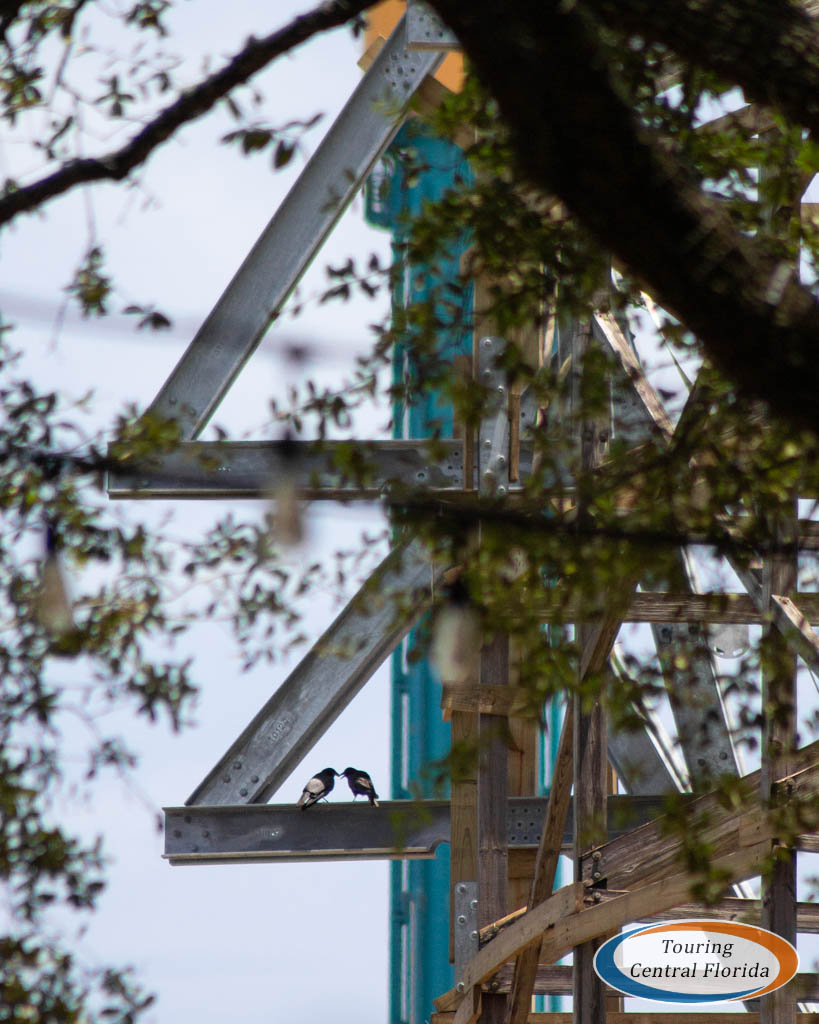 RMC were crews installing ledgers and more supports on Tuesday on a section in the center of the structure. 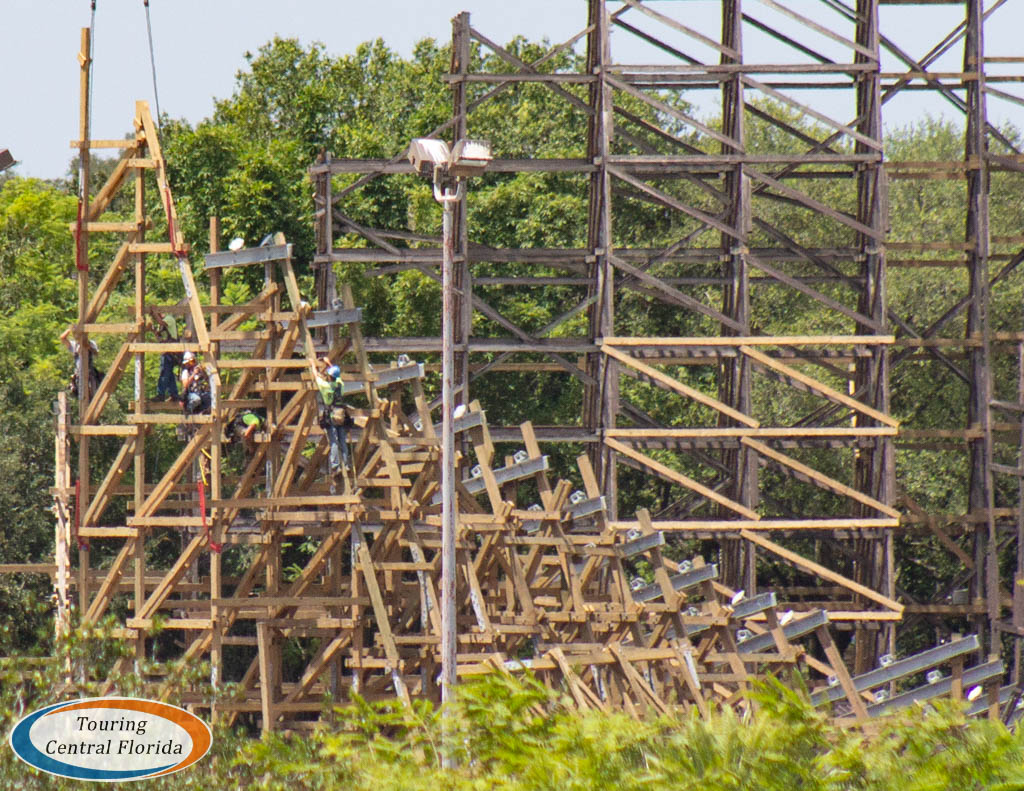 Another ledger being hoisted up. 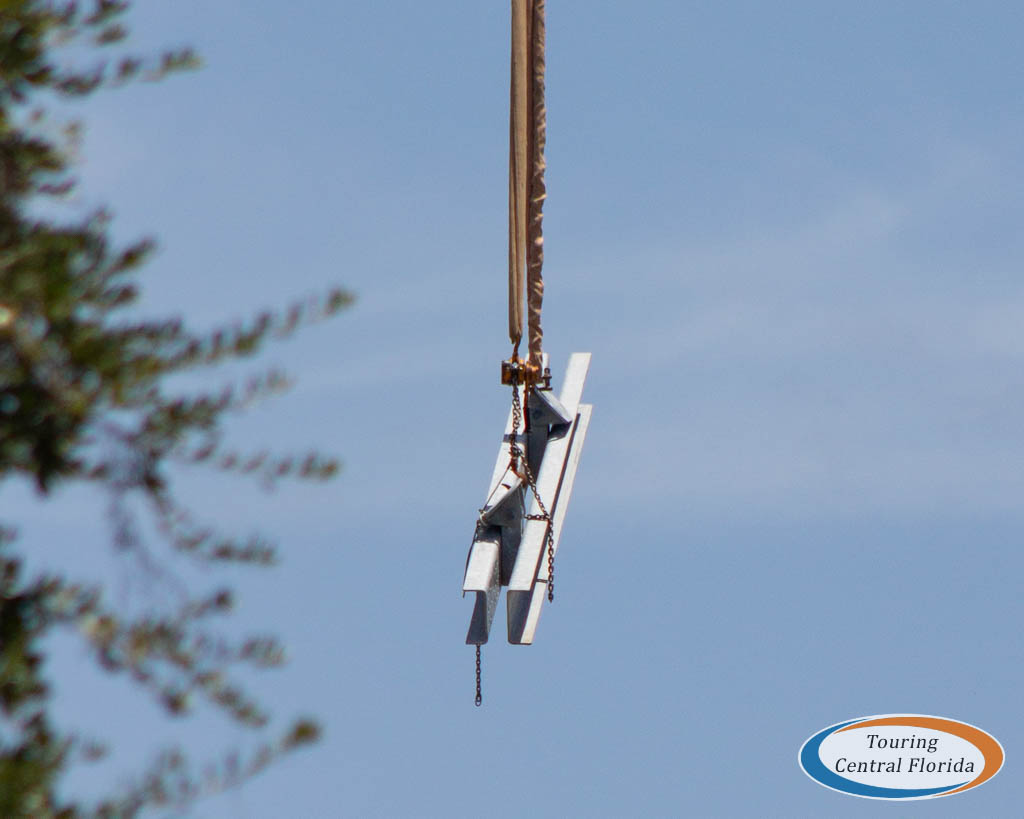 And minutes later the crew was putting it into place.

The finished product a little later in the afternoon. 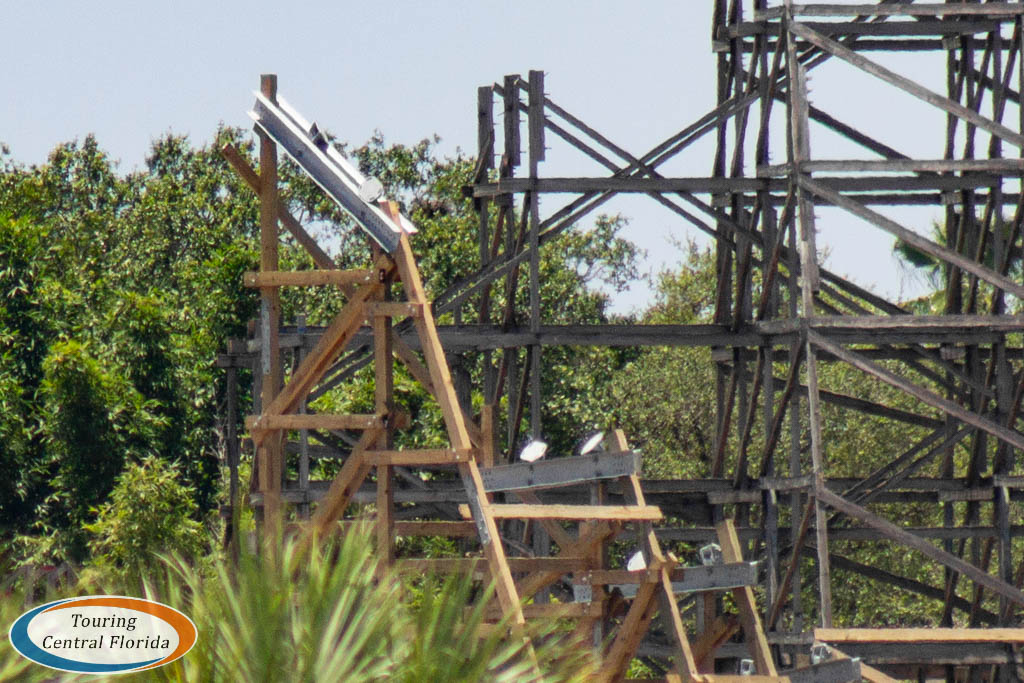 In the center of the site there are quite a few ledgers now in place, many on top of completely new support structure. 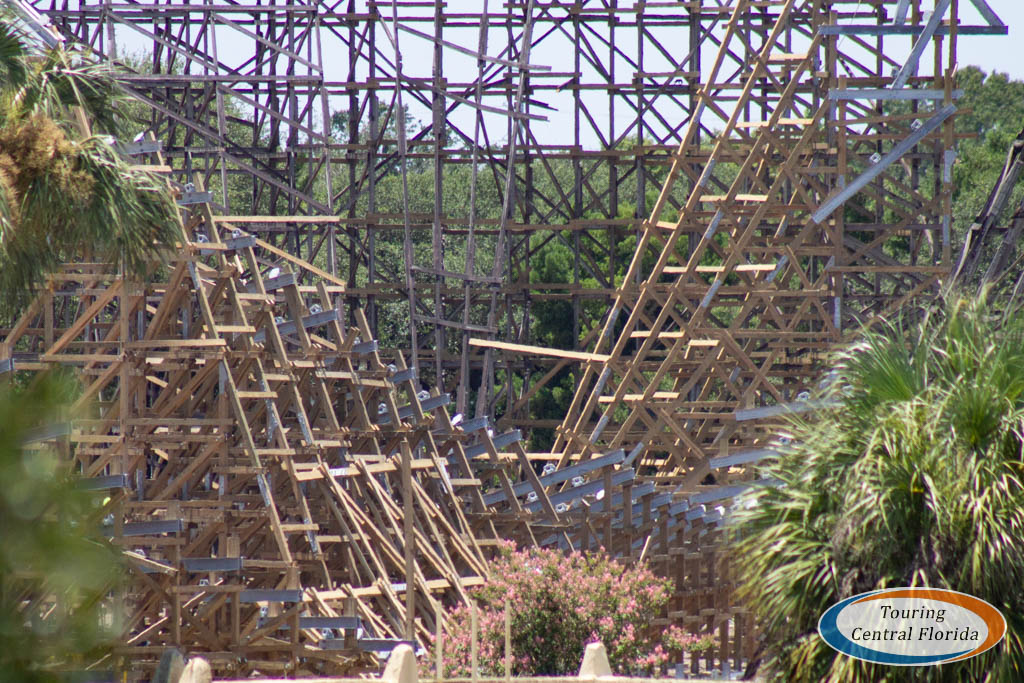 A bit harder to see, through a section of old supports, are ledgers dipping down low to the ground on the side closer to the event field. 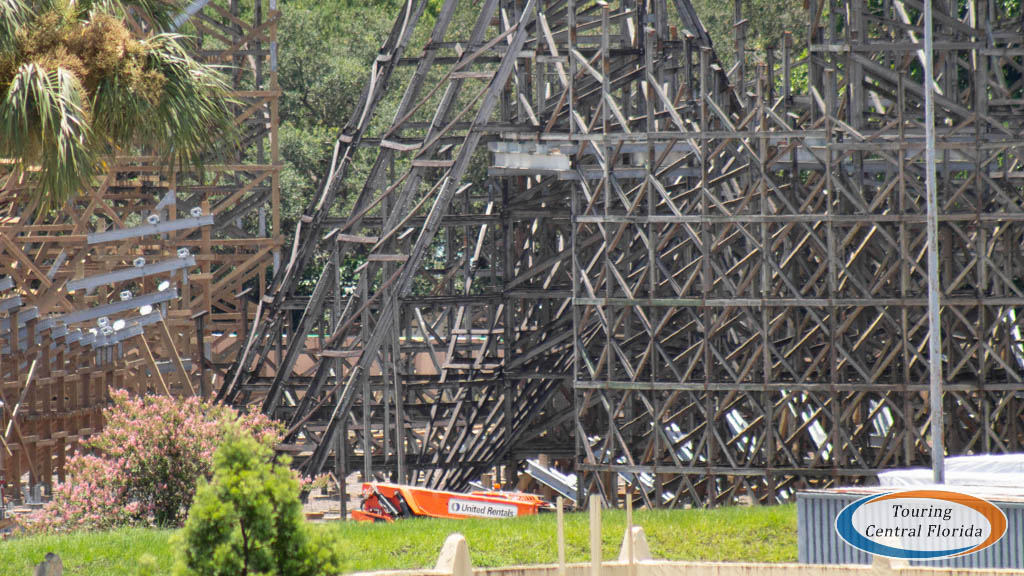 From the event field side, several views show how different the old and new support structure sections look next to each other.

Some additional views from the Skyride showing progress made around the site.

For the latest on this and other projects at Busch Gardens Tampa Bay, be sure to check back on our site and follow along on our social media feeds (linked below). As always, all images for this update were taken from guest areas.

Join in the conversation on social media using #2020Rising, #RMCGwazi and #BGTProject2020. For the latest on Busch Gardens Tampa and other theme parks, attractions and more across the region, be sure to follow Touring Central Florida on twitter @androckb, @JacobTouringCe1, @TourCentralFL, and give our facebook page a like.