Check out the News & Notes for March and April 2018, with a look ahead at what’s happening at Busch Gardens Tampa Bay, along with a review of some of the recent changes and news from the park. In this edition: the 4th Annual Food & Wine Festival kicks off, Tree Top Trails area reopens, and much more! 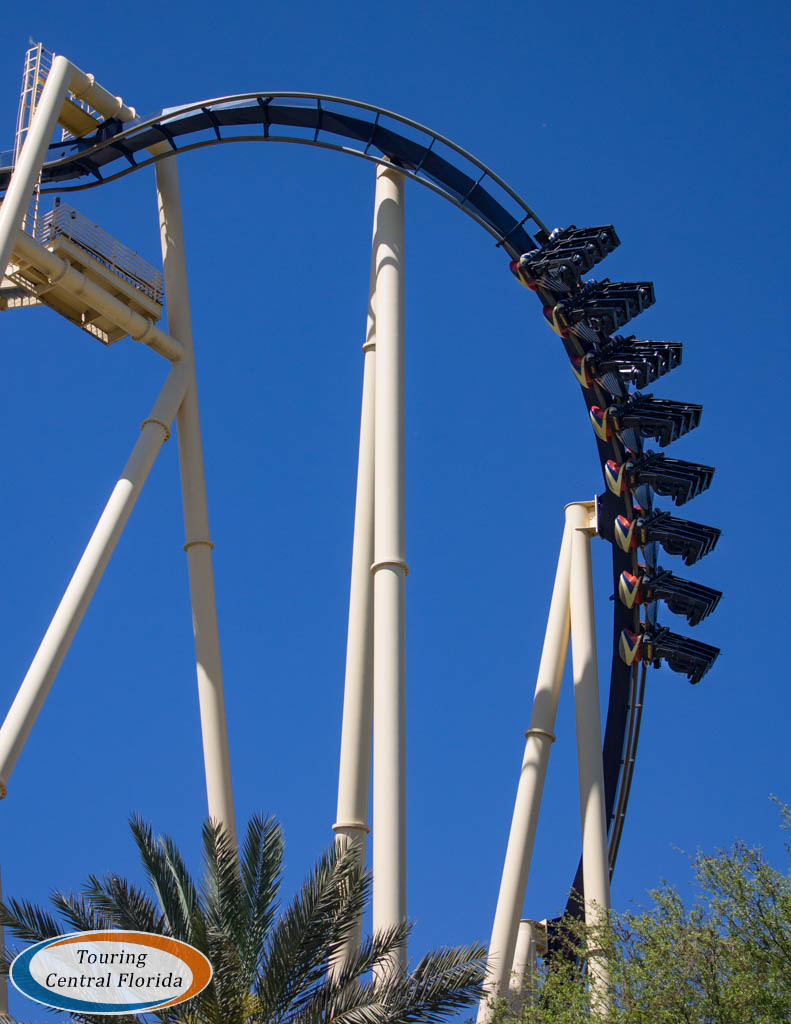 Pass Member Instant Rewards: For March and April 2018, pass members can get an exclusive 15-item Sampler Lanyard at the Food & Wine Festival for the price of a 12-item lanyard ($54.99). The 10% discount does NOT apply to this special lanyard, but does apply to the other lanyards available. Also in April 2018, pass members can get $10 off a $25 purchase or $10 off a $40 purchase at select gift shops. For more details on these and other current offers, visit the Pass Member website.

Special Events: The Food & Wine Festival runs on Saturdays and Sundays through April 29 from noon until park close on those days. For more on this event, see the details in the article below.

Scheduled Refurbishments & Closures: Snuffy’s Elephant Romp will be closed April 2 to 6. Bush Flyers will be closed April 9 to 13. Kumba is currently scheduled to go down for a refurbishment from April 30 to May 24. Jungle Flyers and Wild Surge are currently closed indefinitely (see more details in the article below). While these dates are taken directly from the park’s website, they are subject to change.

Be sure to check out our exclusive and comprehensive guides to make the most of your visit to the festival. You’ll find the guides packed with useful information, menus, reviews, tips and tons of pictures.

In an apparent cost savings measure, the entire Tree Top Trails area, including the climbing structure, water play areas, Jungle Flyers and The Wild Surge quietly closed on February 5. The park’s website had a small note about the area closing on its attraction refurbishment page at the time of the closure, but otherwise there was no notice given. You can see more in our recent article.

On February 28, most of the area reopened, including the climbing structure and water play areas. Jungle Flyers and The Wild Surge attractions remain closed indefinitely, with their entrances walled off.

Over at Adventure Island, Busch Gardens Tampa Bay’s water park located just across the street, Vanish Point opened for the season with the rest of the park this past Friday. Actually three slides, Vanish Point joins Colossal Curl on the 70 foot tall tower in the center of the park. Vanish Point features two drop slides and one traditional body slide, each over 400 feet in length and intertwined with one another and Colossal Curl.

For all the details, including a POV video on one of the drop slides, check out our recent article.

At Serengeti Overlook Pub, the counter service eatery located across from Cheetah Hunt, three new self-order kiosks have been installed for guests to use. An ambassador told us in January the Serengeti Overlook Pub is the only location across all of the SeaWorld and Busch Gardens parks to have the new kiosks, which are being used as a test. The attendant was there to assist guests with ordering and answer any questions. The traditional queue was also set up, so using the kiosks is optional.

A new wall wrap has appeared outside of the former Curiosity Caverns attraction in Nairobi. It features the new Animal Connections logo (which replaced the closed Jambo Junction last year) and an arrow pointing toward its entrance. 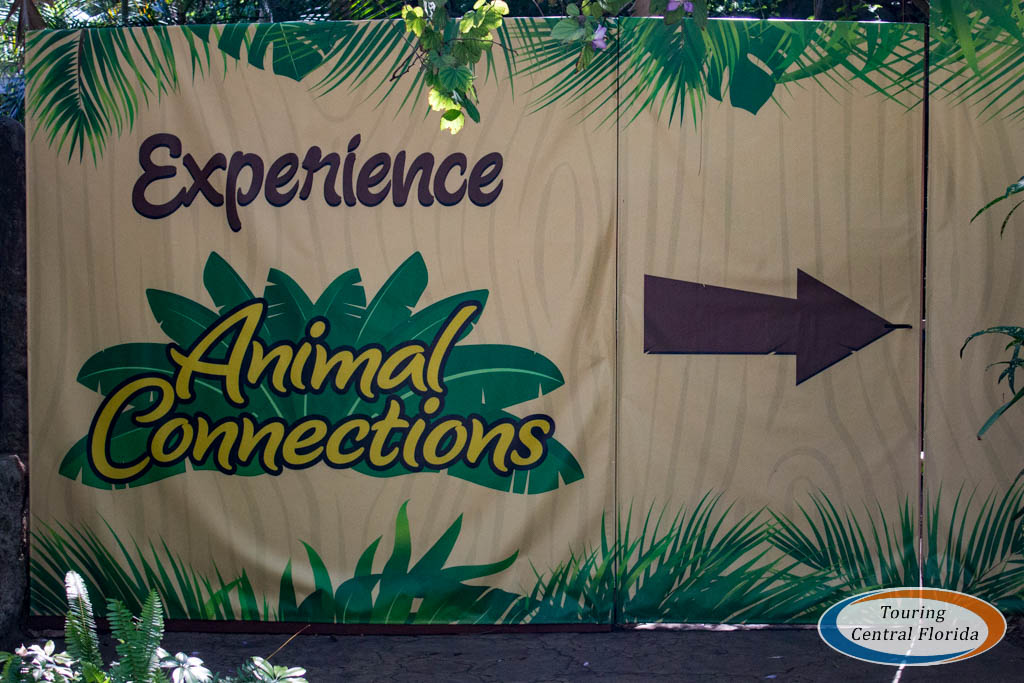 Inside Animal Connections, one whole section of the amphibian and reptile exhibit has been refurbished and new graphics have been added.

Out in Edge of Africa, the Nile Crocodile has been off habitat for several months. It’s been so long that some theming elements have been added to the spot where the crocodile’s transport cart normally sits when its on habitat (located on the side of the exhibit along the pathway). After reaching out the park for comment, we’ve been told the crocodile will return to the habitat soon.

Over at Congo River Rapids, the new water blasters which were recently installed have had their price reduced from $1 per blast to 50¢ per blast. The last image below shows the old pricing.

At the three new concession stands that opened just before the Christmas holiday, the custom made cabinets and rest of the equipment were installed after the New Year. 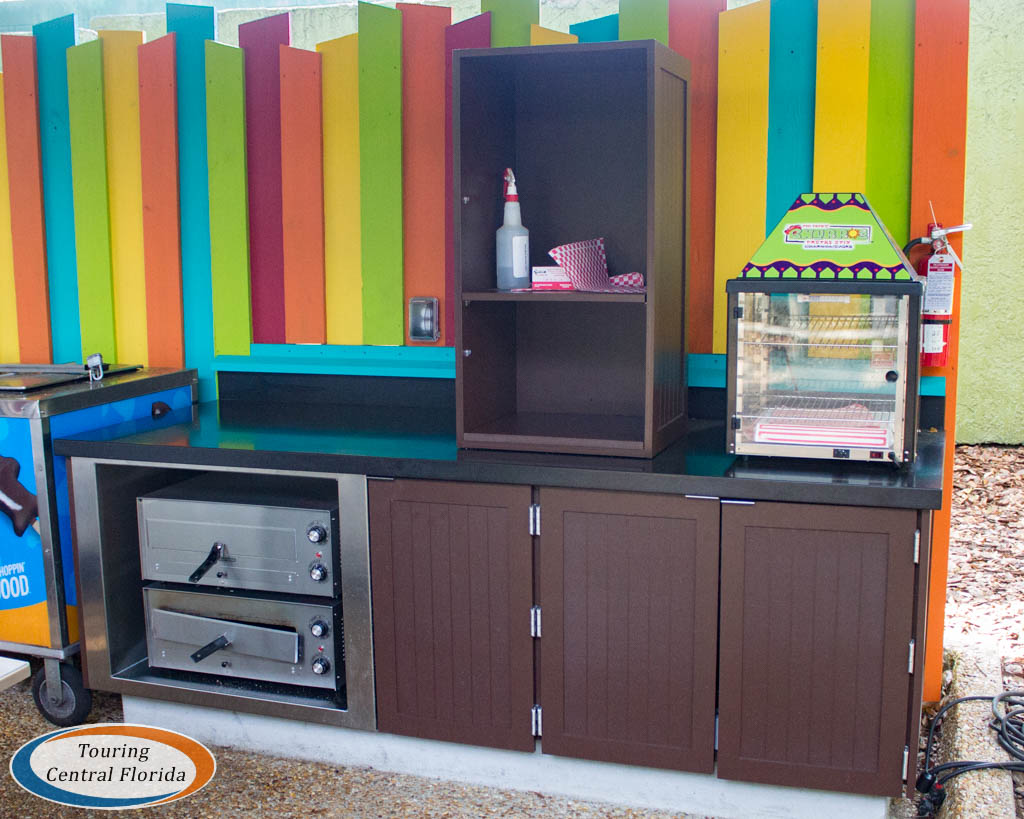