Touring Central Florida was the first to break the news on the location of the new slides back in August. Publicly filed permits show a new queue area will be built below the tower and slide structure, and the slides will end near the same spot Colossal Curl does.

Vanish Point will feature two drop slides and one speed slide. Each will start at the top of the 70 foot tower that is also home to Colossal Curl. The drop slides will each measure 425 feet in length, and propel riders with 1,000 gallons of water per minute through the course. The third traditional style slide will be 455 feet long, and feature a high speed finale. (The larger slide in the images below is Colossal Curl.)

The new slides were first announced through a video on Adventure Island’s facebook page, which featured a look at work beginning around the base where the new queue area will be constructed.

If the name Vanish Point sounds familiar, there’s a reason. That’s the same name of a slide complex at Water Country USA, which is Busch Gardens Williamsburg’s water park. There, Vanish Point features two drop slides and two speed slides. The Vanish Point logo being used for the Adventure Island project is even the same as the one up north. 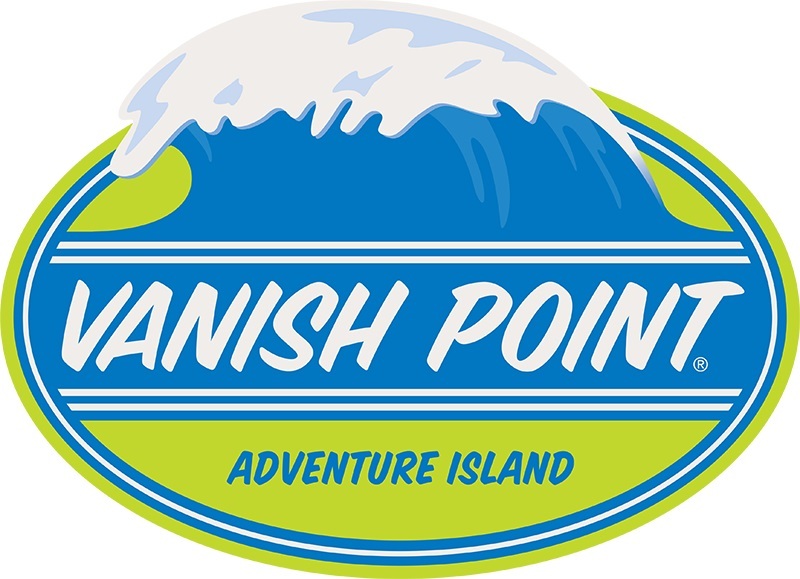 What will be different is the layout and stats. As seen in the images and video above, both the drop slides and the speed slide feature a number of twists and turns that its counterpart in Virginia does not have. The speed slides at Water Country USA measure just 300 feet in length, and are a straight shot down and into the pool. 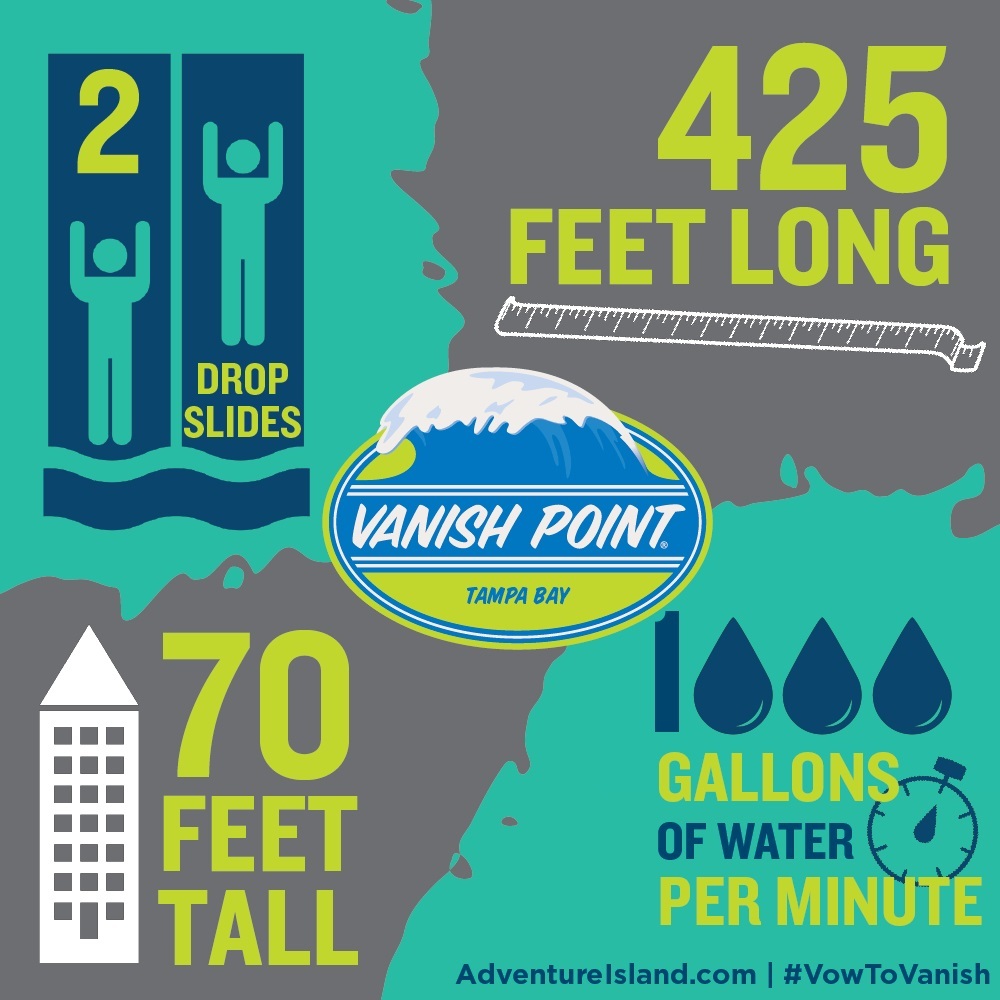 Guests are in for the slide of their lives when Adventure Island Tampa Bay’s new epic drop slide, Vanish Point, opens in March 2018.

Inspired by the point on a wave where water and gravity form a perfect partnership, the crest of this 70-foot tower challenges you with two 425 ft. wave paths. Step into one of two skyboxes, and face your fears as the floor disappears beneath you. Or, get horizontal on a 455-foot long slide ending with a high speed finale.

“These unique ride paths give guests options on how they want their thrills delivered,” said Stewart Clark, president of Busch Gardens Tampa Bay and Adventure Island.  “Whether you choose to have the floor drop from beneath your feet, or race to the bottom on a looped slide, the only way down once you get to the top is a wild ride that gets your heart pumping.”

Located right across the street from Busch Gardens, Adventure Island is the ultimate combination of high-speed thrills and tropical, tranquil surroundings for guests of all ages. Within a soothing Key West atmosphere, guests enjoy slides, corkscrews, water falls, a wave pool, children’s water playground and other family attractions.

Vanish Point will be located at the center of the park next to another family-favorite thrill slide, Colossal Curl.

Construction on Vanish Point will begin in the coming weeks, and the ride is expected to be completed to kick off the 2018 season for Adventure Island.

Join the conversation on social media about Vanish Point using #VowToVanish. For the latest on Adventure Island, Busch Gardens Tampa and other theme parks, attractions, dining venues and more across the region, be sure to follow Touring Central Florida on twitter @TourCentralFL & @androckb, and give our facebook page a like.