A $23-million investment, Mystic River Falls is said to be an engineering marvel in the global attractions industry with its one-of-a-kind rotating, 4-platform, 8-story lift. Set in an authentic pier-like design of river towns of yesteryear, Mystic River Falls is the focus of the all-new area called Rivertown that includes the new expansive Rivertown Smokehouse, with an array of meats smoked on-site, and a new cinnamon bread bakery, featuring bakers in full view to guests as they create legendary specialties.

A Theme of Legacy & Lore…

Silver Dollar City is home to the massive Marvel Cave, which, indeed, has a Mystic River in its depths.  Intensively studied throughout the ages, Marvel Cave’s passageways, water features, and crannies are detailed in words and drawings as far back as 1893 through the documented work of the botanist, artist, and scientist S. Fred Prince. His book and work of art, “The Story of Marvel Caverns 1893-1942,” is safely stored within Silver Dollar City’s archives to this day.

As specified in several places in the book, Prince, enthralled by his inability to find the headwaters of the Mystic River, kept searching to no avail. To this day, following a study by modern-day scientists, the end of the river remains a mystery.


Now to the Storyline…

With the Mystic River headwaters unknown, the adventurers of today seek to find a fabled waterfall that could mark the end of the raging river. They follow the path of Pearl, a young adventuress, along the challenging, winding waterways in pursuit of the legendary headwaters. At long last, Pearl and her riders discover Mystic River Falls — and the town erupts in celebration!

As the storyline goes, the citizens of Rivertown are celebrating a 60th Anniversary Diamond Jubilee of the internationally acclaimed 1880s-style theme park in Branson, Missouri (founded May 1, 1960). The fun includes award-winning BBQ with the all-new Rivertown Smokehouse presenting smoked-on-site brisket, turkey, pork, sausage, and chicken, along with signature scratch-made sides and desserts. This is the largest restaurant ever constructed in the park’s history, picturesquely situated along the banks of the new ride. 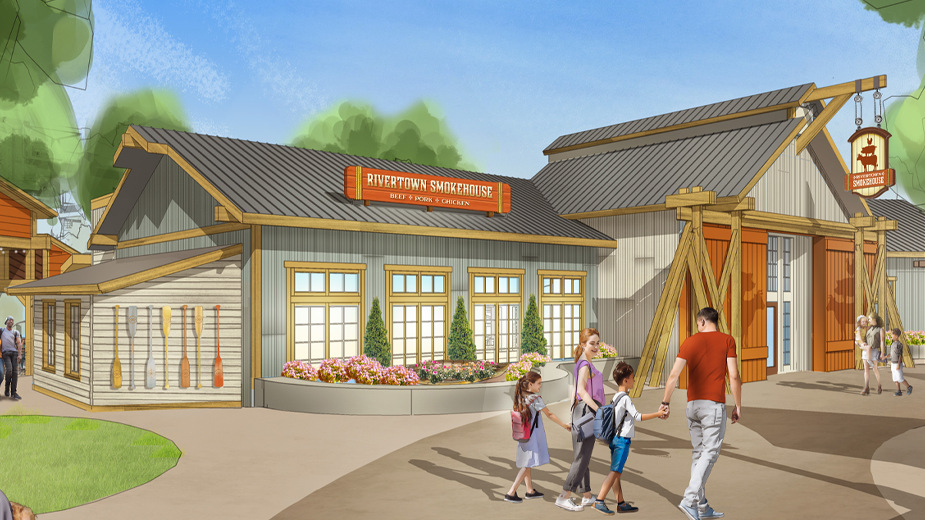 Across the way is an all-new bakery, Clara Belle’s Cinnamon Bread, specializing in Silver Dollar City’s famous cinnamon bread – only now each loaf bakes in an individual pan designed to capture all the gooey icing, butter, and cinnamon. The bakery offers peach, apple, and original versions along with a variety of other items.

As in most businesses, and within most families, during summer 2020, adjustments are in place altering park operations – yet the vast majority of the City is open, including rides, attractions, and outdoor entertainment offerings. Artisans continue to build on their well-earned reputation as Home of American Craftsmanship (US Congress) creating heirloom products.

Coming up July 25 is Moonlight Madness with nighttime hours until 10 pm (select dates until midnight) with rides soaring into the night skies. The City offers an after-5pm ticket for Moonlight Madness of $30.00 plus tax.

1 thought on “Outside Florida: Mystic River Falls Opens at SDC”