The newest roller coaster at Busch Gardens Tampa Bay is getting closer to opening. Tigris has been testing for about two weeks now, and work around the site is nearing completion. No opening date has been announced by the park as of yet, but given the progress it is likely we will hear something soon.

Since our last update on the hard hat tour, work on the roller coaster structure itself has wrapped up. The remaining electrical and safety components have been installed, and touch up painting is complete. Various equipment including an anemometer, lighting, and other safety devices are now in place.

Testing began in the second week of March, with full circuit testing being seen by the middle of the month. Since then, numerous test cycles have been completed, including empty trains and runs with water dummies in the seats.

We caught some full circuit testing on the afternoon of March 16:

Along with the full circuit runs, testing of safety systems and emergency procedures has also been conducted, with the trains making partial and full cycles. In between testing, some adjustments to the various systems have been made. Testing has been going on during park hours most days in the afternoon, so keep an eye out if you’re visiting and you might just see it in action yourself. 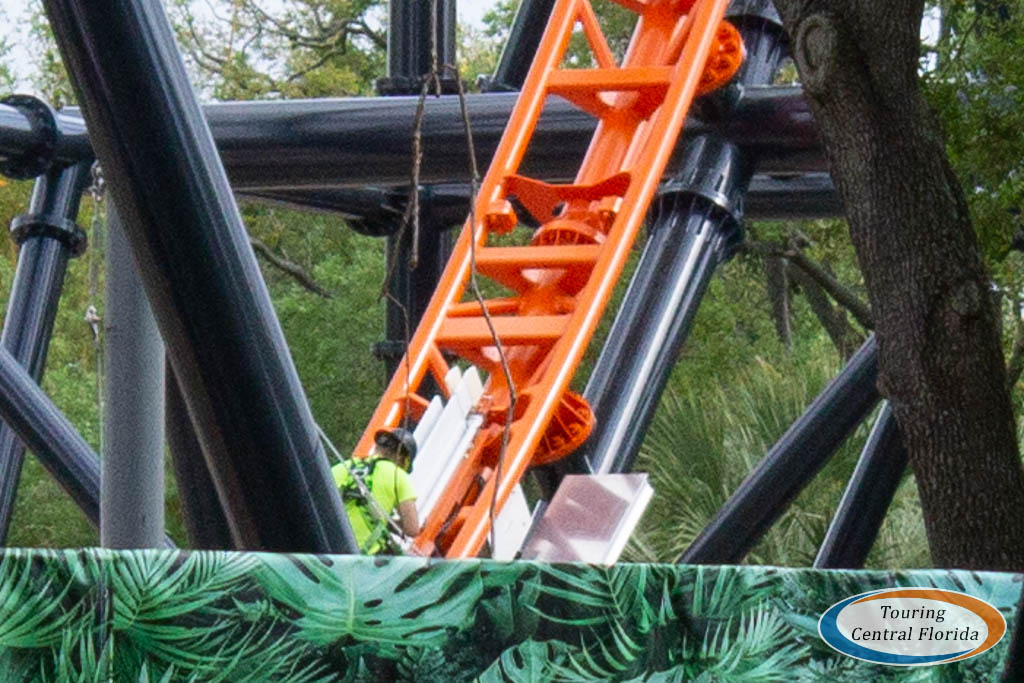 Crews have also been busy completing the station, queue, gift shop, locker building and surrounding landscaping. From over the walls, the station roof and facade look to be finished. 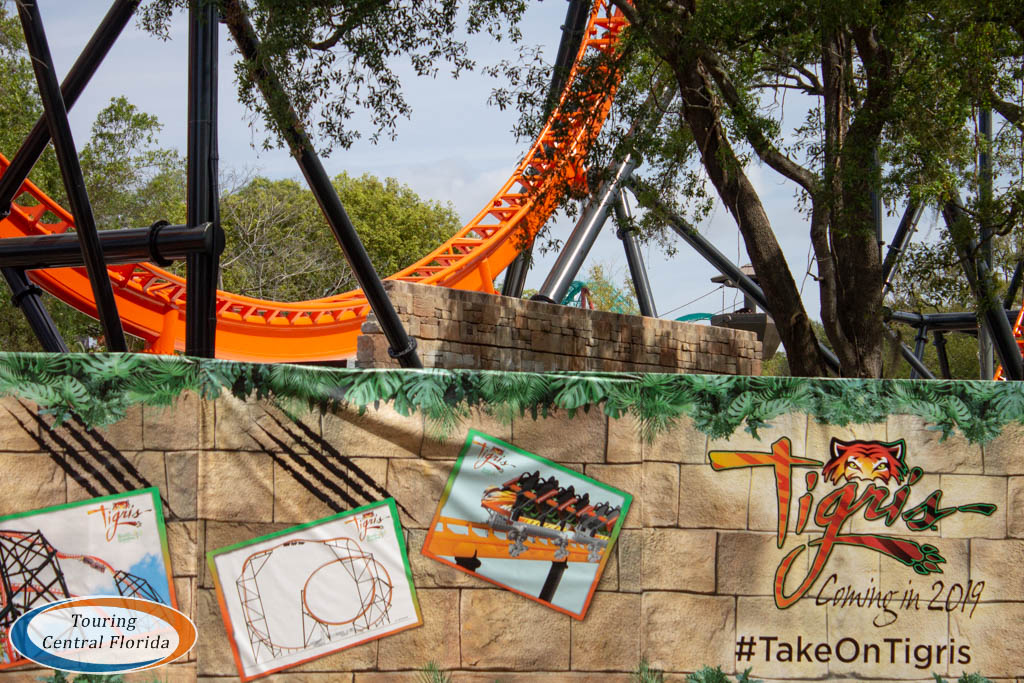 In the last week, pillars at the entrance to the queue have gone up. It’s expected a sign for Tigris will be installed on top. Also seen over the walls are several new light poles along the pathway.

Closer to Stanleyville Theater, the new locker building has been constructed. This week crews were painting and creating the texture on the facade. Nearby, the former Tropical Wave gift shop is looking refreshed with a new roof.

Stay tuned to our website and social media feeds (linked below) for the latest on Tigris and other news from Busch Gardens Tampa Bay. As always, all images and video taken for this update was done from guest areas.

Join in the conversation on social media using #TakeOnTigris and #BGTProject2019. For the latest on Busch Gardens Tampa and other theme parks, attractions and more across the region, be sure to follow Touring Central Florida on twitter @TourCentralFL, @androckb, @Emmet_TCF, @JacobTouringCe1, and give our facebook page a like.