Disney’s Riviera Resort is now accepting guest reservations for stays beginning in December 2019. This all-new resort coming to Walt Disney World Resort in Florida, and slated to be the 15th Disney Vacation Club property, will immerse guests in the grandeur and enchantment of the European Riviera.

“Disney’s Riviera Resort is inspired by Walt and Lillian Disney’s travels throughout Europe and the Mediterranean coastline —from France to Italy,” said Terri Schultz, senior vice president and general manager of Disney Vacation Club. “Walt fell in love with European art, architecture, food and stories, and his extended tours of the region continue to influence Disney storytelling and theming. We look forward to welcoming our members and guests later this year to this new resort inspired by Europe and imagined by Disney.”

Disney’s Riviera Resort brings the elegance of a modern European retreat blended with a touch of old-world glamour and Disney charm to the Disney Vacation Club portfolio and Walt Disney World Resort. With an elegant early-20th-century design, Disney’s Riviera Resort will welcome guests with a palm tree-lined boulevard and a striking façade featuring grand archways, porticos, cascading water features, towers and terraces. In the grand oval lobby that will provide stunning views of the resort lawn and lakefront, guests will encounter a mix of modern and classic furnishings. Throughout the resort and inside the accommodations, a unique art collection will celebrate beloved Disney characters and icons with one-of-a-kind pieces influenced by the works of master artists who also found inspiration along the European Riviera. This eclectic mix of art will blend Disney artistry and European storytelling with a nod to the Riviera region’s renowned art heritage. 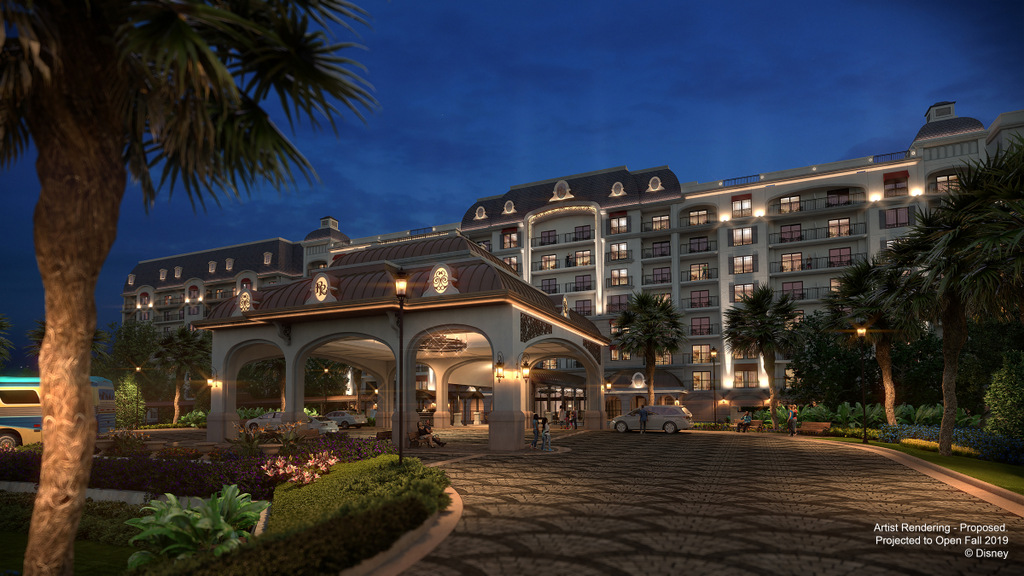 The deluxe Disney Vacation Club resort is slated to offer approximately 300 family-friendly vacation homes, including deluxe studios, one- and two-bedroom villas, and grand villas that sleep up to 12 guests each. Disney Vacation Club continues to offer the widest range of accommodations found at Walt Disney World, and adding to these unique accommodations will be an all-new room category — tower studios, which sleep two guests each. Each charming, bright tower studio will include a private balcony with scenic views and seating for two, offering a more intimate setting. The deluxe studios, which sleep five, will also feature kitchenettes. One-bedroom, two-bedroom and grand villas will feature large, fully equipped kitchens with dining space open to a living area. Villas will also feature an en-suite luxury bathroom, including a freestanding soaking tub and walk-in shower, as well as a private porch or balcony and a laundry area with a washer and dryer.


Topolino is the Italian name for Mickey Mouse, and the new, signature table-service restaurant perched on the rooftop of Disney’s Riviera Resort will be aptly called Topolino’s Terrace – Flavors of the Riviera. The restaurant, featuring authentic dishes infused with French and Italian flavors, is set to become one of the most stunning dining experiences at Walt Disney World, offering picturesque vistas of the nighttime spectaculars of nearby Epcot or Disney’s Hollywood Studios. Inside, guests can watch with wonder as their meal is prepared just for them at the exclusive expo kitchen or wood burning grill. Guests looking to pair their meal with a glass of wine can choose from an impressive collection of wines sourced from the Mediterranean coast. Throughout the restaurant, a stunning visual aesthetic is created through modern interpretations of textures, colors, carved details, and stonework found in ancient villages along the Riviera. Plus, families looking to start their morning off with a breakfast experience can visit Topolino’s Terrace for exclusive Disney character dining inspired by the Riviera.

Other dining options at the resort include Le Petit Café, an inviting lobby locale with fresh-brewed coffee aromas by day and a bustling wine bar by night. The new quick-service location, Primo Piatto, reminiscent of chic dining venues found along Riviera promenades, will be conveniently located near the feature pool, and Bar Riva, an open-air pool bar with a seaside vibe featuring crisp white tiles and cool blue accents, will offer guests a place to relax as they enjoy a cold beverage and poolside views.

Guests at Disney’s Riviera Resort will also have a new way to travel to Epcot or on to Disney’s Hollywood Studios via Disney Skyliner, a state-of-the-art gondola system that will begin operating this fall. In addition to a dedicated Disney Skyliner station at Disney’s Riviera Resort, the system will conveniently connect Disney’s Hollywood Studios and Epcot to Disney’s Art of Animation Resort, Disney’s Pop Century Resort and Disney’s Caribbean Beach Resort. 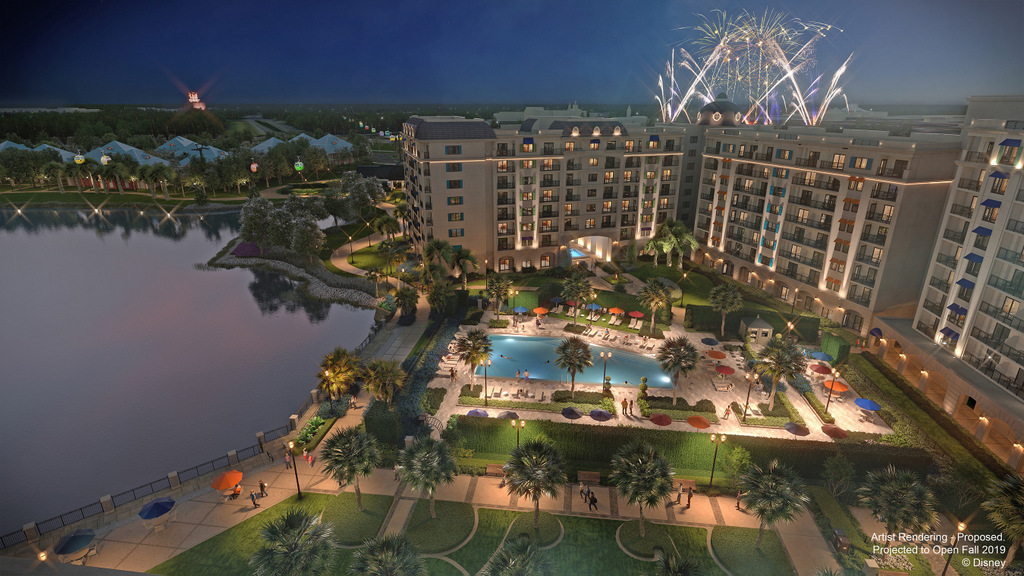 Staying at a Disney resort hotel like Disney’s Riviera Resort, or any other Walt Disney World vacation ownership accommodation, puts guests inside the magic for the entirety of their vacation. Guests staying at any of the Disney resort hotels experience special features including legendary guest service and unique theming, along with other benefits such as access to FastPass+ selections up to 60 days prior to arrival and the Extra Magic Hours at the theme parks (both FastPass+ and Extra Magic Hours require valid theme park admission). In addition, Disney resort hotel guests receive complimentary transportation around Walt Disney World, complimentary theme park parking, complimentary airport transportation via Disney’s Magical Express service, the convenience of MagicBands, and the ability to purchase Disney Dining Plan packages.

Now, more than ever is the perfect time to experience all of the fun and magic of a Walt Disney World vacation, as Disney’s Riviera Resort is part of the largest expansion period at Walt Disney World in the past two decades. Recent additions include the wildly popular Pandora – The World of Avatar at Disney’s Animal Kingdom and the fun-filled Toy Story Land at Disney’s Hollywood Studios. This month, Walt Disney World unveiled a collection of new shows, parties and Disney character experiences in all four parks, giving guests more ways to enjoy cherished time with family and friends—Now More Than Ever. Later in the year, guests will be able to visit Star Wars: Galaxy’s Edge at Disney’s Hollywood Studios, where they can live out their own adventures in a galaxy far, far away.