Christmas may come early at ZooTampa at Lowry Park, where there is a new bundle of joy on the way. Ubi, an endangered Malayan tapir, is pregnant and expected to deliver her third calf in December. Her pregnancy is critical for conservation because a healthy population in human care helps create a safety net for a species facing extinction.

While tapirs (pronounced TEY-per) are usually solitary by nature, the animal care team at the Zoo has developed a strong bond with Ubi, ensuring she is comfortable as she receives prenatal care from the medical team. Luckily for her, this means she receives belly scratches from her keepers while the medical care team conducts ultrasounds regularly.

“It is important that Ubi be as comfortable as possible as we check on both her and her calf’s health,” said Chris Massaro, General Curator at ZooTampa. “The strong bonds that the animal care team has with the animals enable higher quality of care for each animal.” 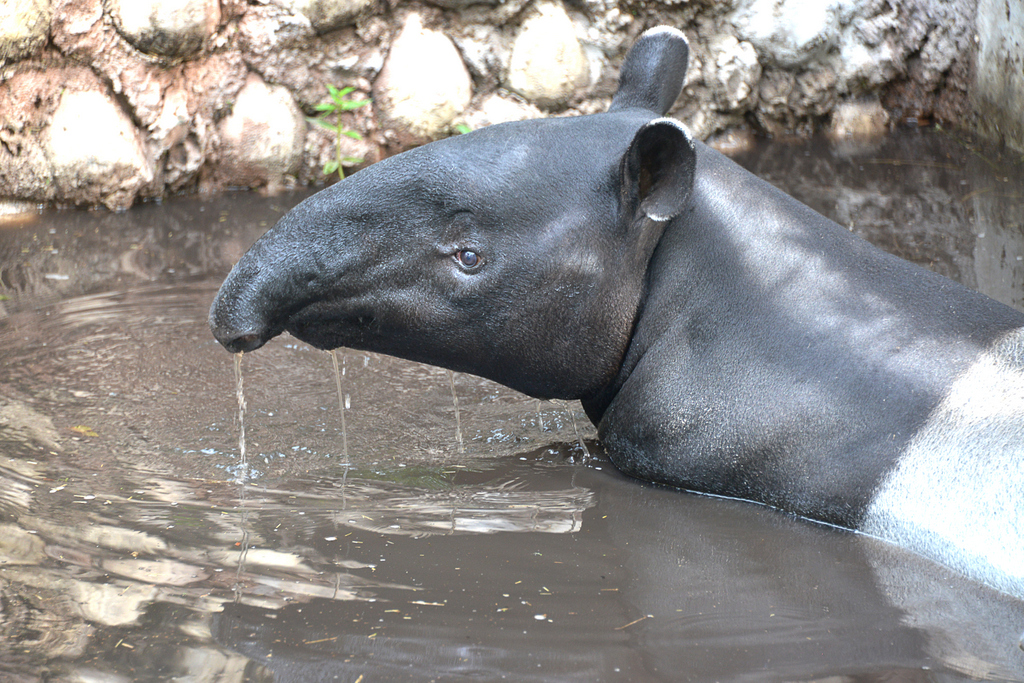 The Malayan tapir, though sometimes mistaken for a relative of a pig or anteater, is a close relative of the rhinoceros and horse. Known as “living fossils,” this unique, endangered species is the most primitive large mammal in the world, dating back to 20 million years ago. Due to hunting and habitat loss, the species continues to decline.

As Ubi explores her habitat with her mate, Albert, guests can see she’s carrying additional pregnancy weight. Once the new baby is born, it will be introduced to the tapir habitat. Ubi arrived at ZooTampa in 2008 and Albert arrived in 2013 –they part of the Zoo’s effort to conserve the Malayan tapir through the Species Survival Plan (SSP) of the Association of Zoos and Aquariums (AZA).

For the latest on ZooTampa and other attractions, theme parks and more across the region, be sure to follow Touring Central Florida on twitter @TourCentralFL, @androckb, @Emmet_TCF, @JacobTouringCe1, and give our facebook page a like.