“Fifth Third Bank is proud to contribute to worthy causes that positively impact our community, and we are very pleased The Florida Aquarium exceeded its fundraising goal and inspired new donors,” said Fifth Third Bank Tampa Bay City President Jim Weiss.  “We believe the health of our local environment is a key part of what makes the quality of life in the Tampa Bay area so exceptional. Fifth Third Bank is proud to partner with The Florida Aquarium and its mission to entertain, educate and inspire stewardship of the natural environment and its vision to protect and restore our blue planet.” 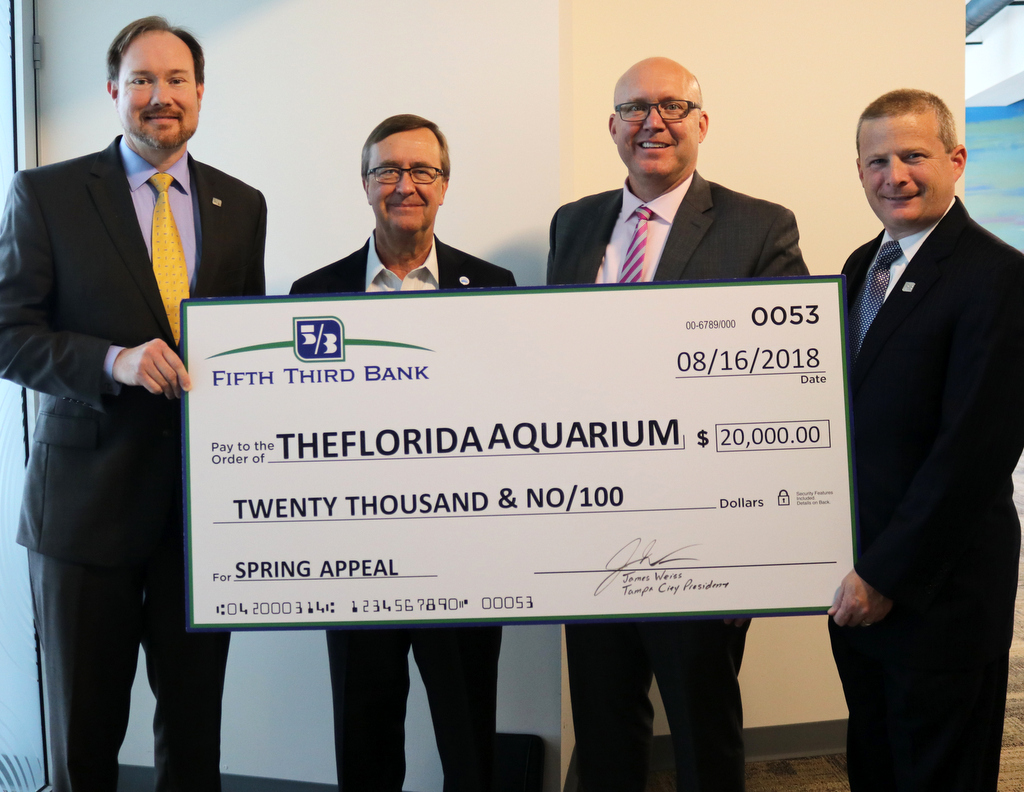 The Florida Aquarium is a 501(c)(3) not-for-profit organization, and monies generated through the Aquarium’s spring appeal and other fundraising efforts help fund the Aquarium’s extensive conservation and education endeavor.

According to Germann, “The generosity of individual donors and companies such as Fifth Third Bank are crucial to The Florida Aquarium’s efforts to protect and restore our blue planet. We are so grateful to have a wonderful partner in Fifth Third Bank that believes in the importance of the health of our local environment and invests in the Aquarium and our conservation and education programs.”