Christmas came early at Tampa’s Lowry Park Zoo with the birth of a rare baby in an adorable pygmy package. An endangered pygmy hippopotamus was born in the early morning on Dec. 1, 2017 to experienced mother Zsa Zsa, weighing in at an estimated 9 pounds. 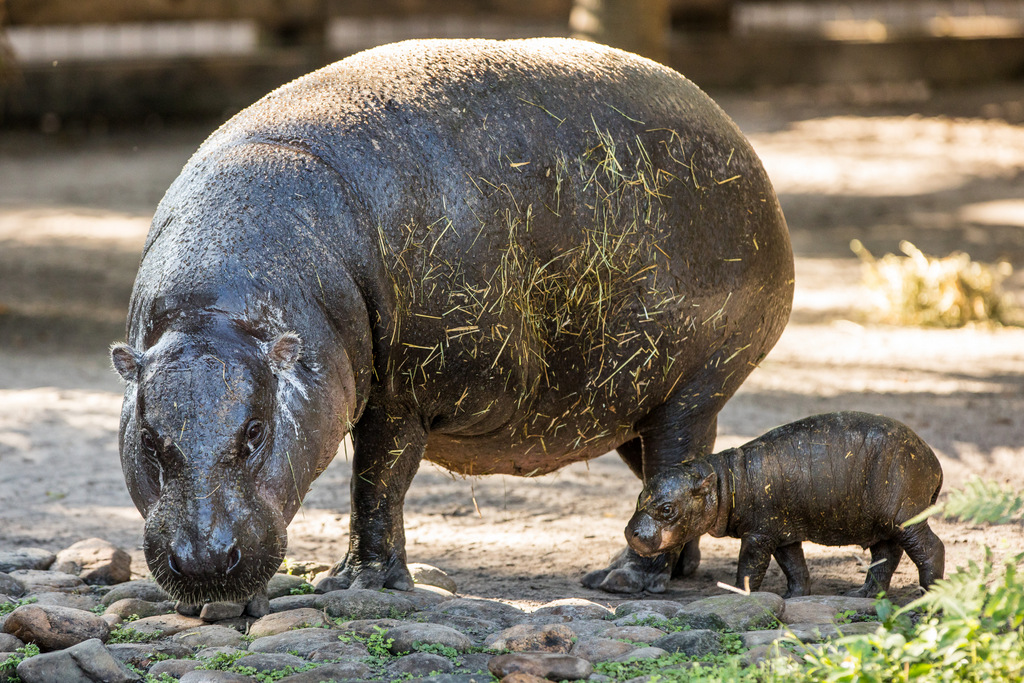 “Pygmy hippos are elusive and extremely rare in the wild with only a few thousand thought to be left in the world,” said Chris Massaro, General Curator at Tampa’s Lowry Park Zoo. “We’re one of only 13 zoos in the United States to care for this unique species so this birth is especially important for us, and the entire Pygmy hippo population.”

The newborn is one of only 32 pygmy hippos in the Species Survival Program, making her a rare gift for the Tampa community. This is the fourth offspring for Zsa Zsa, and the fourth birth of this species in the Zoo’s history.

The four day old pygmy hippo made its debut alongside mom this morning on its habitat in the Ituri Forest section of the zoo. Guests joined several members of the media and a number of zoo employees and volunteers around the pygmy hippo habitat for the first look at the baby. The zoo’s culinary team prepared some treats for the event, including hippo shaped cookies.

Pygmy hippos, as their name implies, are smaller than their Nile hippo relative. Unlike the more common river hippo which live in large pods in rivers throughout much of eastern and southern Africa, pygmy hippos are much rarer, living solitary, elusive lives in lowland forests, mainly confined to Liberia in West Africa, with small numbers in neighboring countries. At full grown, pygmy hippos weigh in at only a few hundred pounds, and stand only about three feet tall.

The Zoo plans on announcing the gender of the new addition with a special gender reveal. More news on the name of the calf will be revealed in the coming weeks.