Tampa International Airport will soon become the first airport in the country to offer 5G mobile speeds to passengers across the nation’s three major cellular carriers.

The dramatically enhanced service will provide some of the fastest internet speeds in the region and is the product of a two-year distributed antenna project that involved installing some 800 antennas across TPA’s property and running approximately 50 miles of fiber and copper cables. 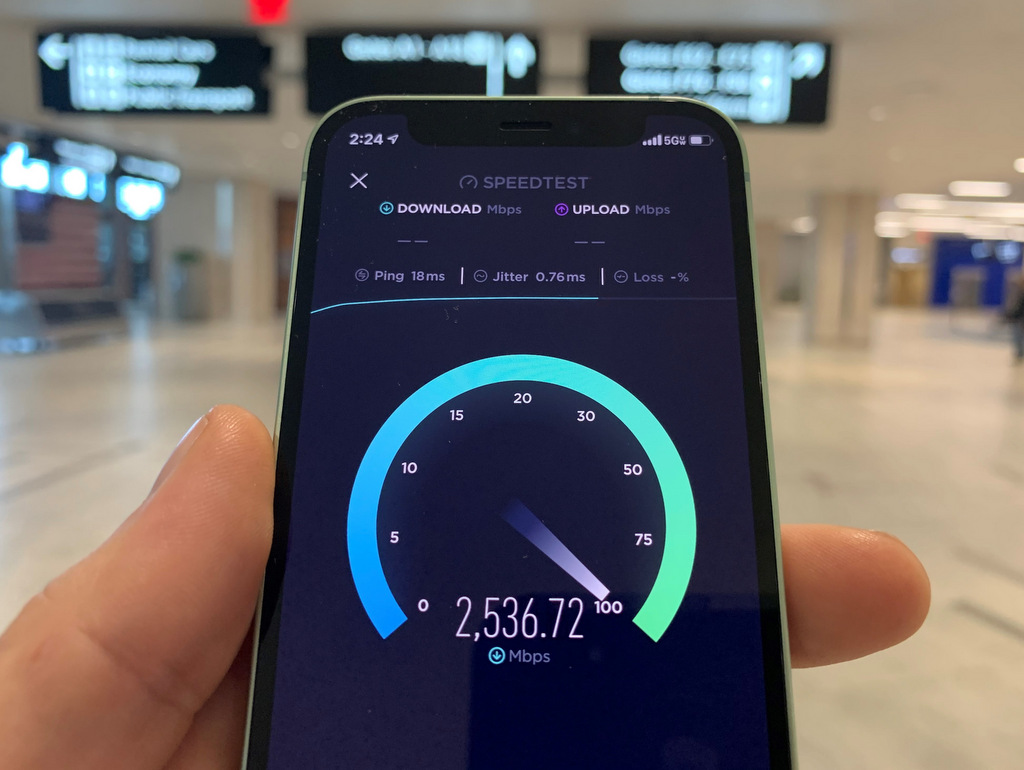 As of today, 5G is available on AT&T and Verizon in the Main Terminal and post-security airsides. T-Mobile’s 5G service will come online later this month.

In addition to widespread 5G service, guests will see a significant enhancement to their 4G speeds and vastly improved cell phone coverage throughout the Airport – all but eliminating low service areas. The coverage extends from the moment passengers turn on their phones at the airplane boarding gates to the moment they leave the new Rental Car Center.
“We’re connecting customers at speeds that are off the charts by today’s standards,” said Brandon Taugner, TPA’s Director of ITS Enterprise Operations & Client Services. “With 5G, you’ll be able to download up to 2 Gigabits per second. Very few people have that – not even in your home.”


So how fast is this, exactly?

With a 5G phone, you would be able to download Martin Scorsese’s 3 hour and 30 minute epic “The Irishman” in as little as 2 seconds. Or, if chess is your thing, you could download all seven episodes of “The Queen’s Gambit” in seven seconds.

The innovative distributed antenna system (DAS) project, which made this service possible, began in 2018 and was awarded to Crown Castle, the nation’s largest provider of communications infrastructure.

The system is expected to generate approximately $500,000 in revenue per year for the Hillsborough County Aviation Authority over the life of the contract. The Authority did not bear any of the costs for the installation of the system.