As part of our Carnival Magic cruise this past fall, one of our stops was in beautiful St. Maarten (the southern Dutch side of the Caribbean island, which is shared with the northern French St. Martin). Known for fabulous beaches, the island is still recovering from a direct hit by Hurricane Irma in 2017.

There is no shortage of excursions to choose from when visiting the island, with a variety offered both through the cruise line and independently. A bucket list item, our time in St. Maarten was focused on seeing the planes come in at Princess Juliana International Airport, where the end of the runway is literally feet away from the ocean at Maho Beach. 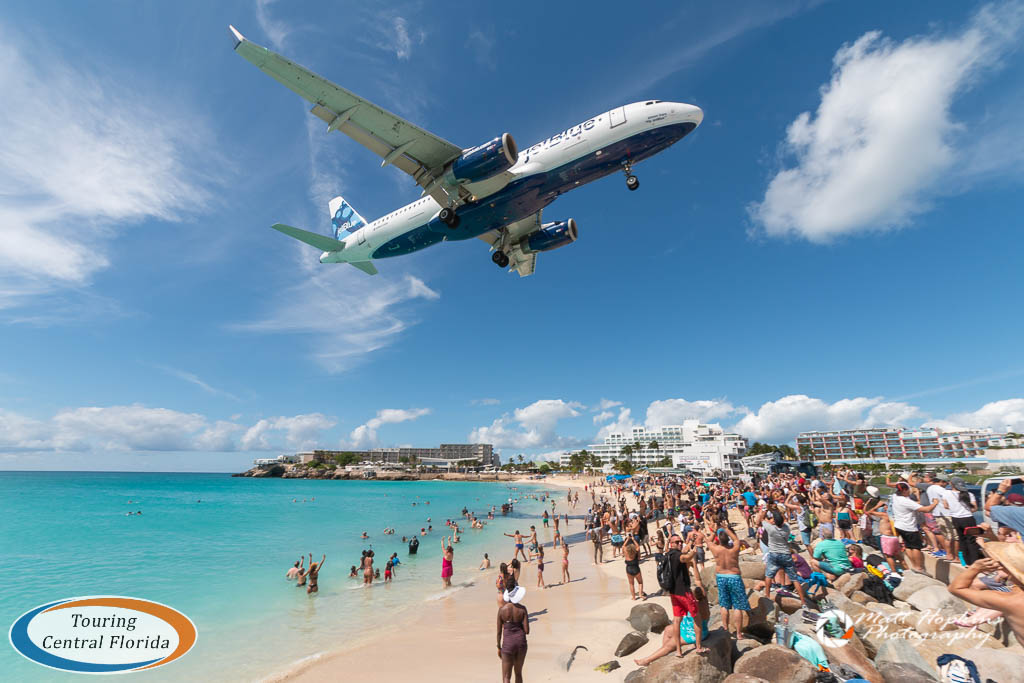 Rather than booking a traditional excursion that just included a short stop at Maho Beach, we chose the Amigo Tours Extreme Plane-Spotting at Maho Beach option, which is basically a reserved shuttle to and from the beach from the cruise port with about 4 hours of time at the beach. Cruise visitors could also grab a cab from the port to accomplish the trip, but we wanted to know we had a guaranteed return ride & time.


We purchased directly through Amigo Tours for $20 per person, which required a deposit of $10 per person at the time of booking with the remainder due in cash at the port. It truly was just a shuttle service – the driver offered no narration for the tour, but there was plenty to see out the windows between the drive through the local towns and a few scenic vistas. 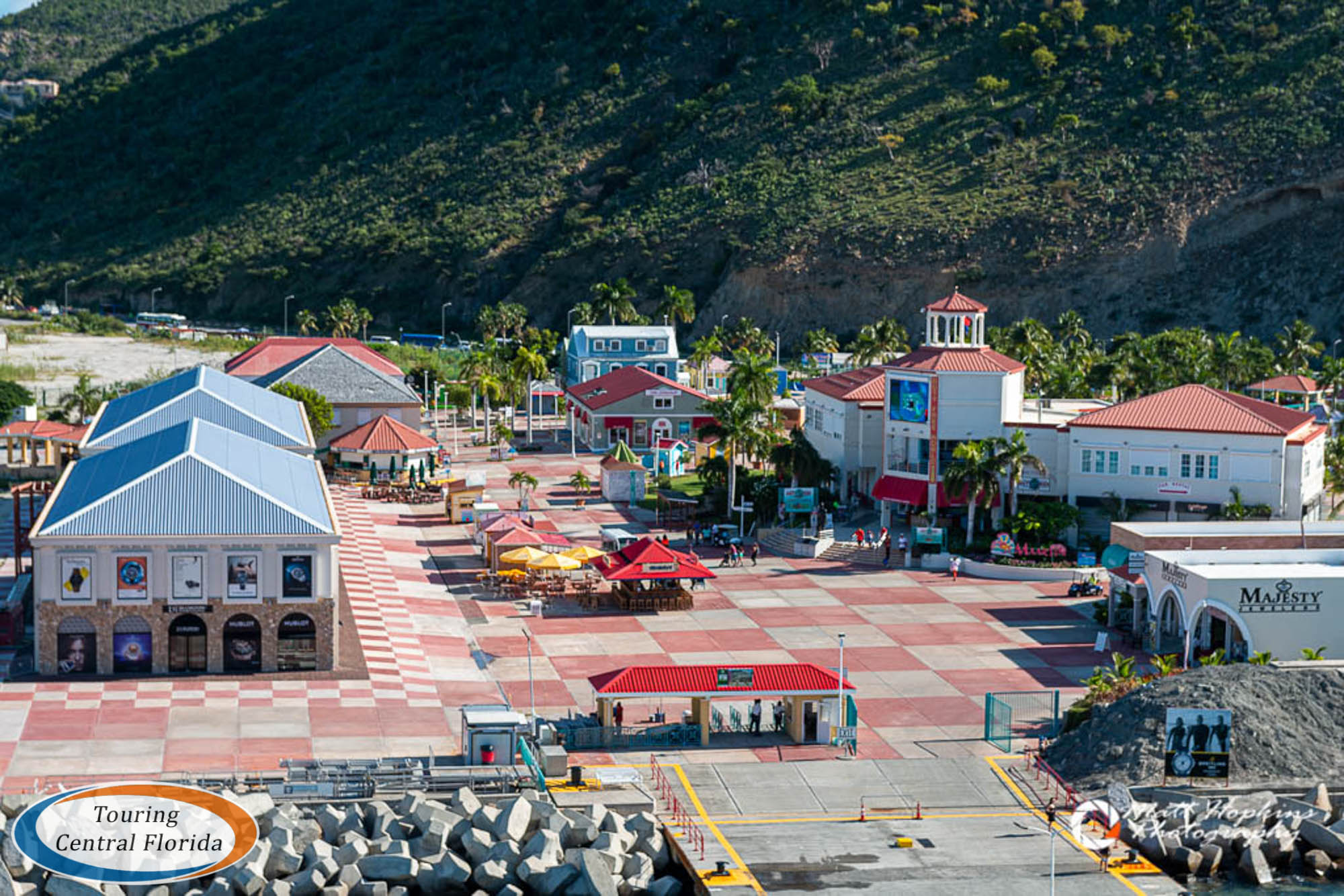 The pick-up location for independent tour operators is just outside of the port area; look for signage for the “EDC Lot” or ask any of the local vendors, they’ll be able to point you in the right direction. It was just us and one other group who rode over in the air-conditioned shuttle bus, and the trip over from the port to the beach was relatively quick at about 30 minutes. We were dropped off in a parking lot near the Sunset Bar & Grill on the south end of the beach.

It’s important to note there wasn’t much beach at Maho Beach, at least not along the stretch in front of the runway where most people want to be when the planes land. On the south side, it’s mostly just rocks, with a thin strip of sand getting a bit wider towards the north side. Waves can crash almost all the way up to the edge of the beach by the roadway, so be careful leaving any items on the rocks or in the sand.

There’s also no public sidewalk or other pedestrian route along the beach; it’s literally the thin strip of beach (or rocks), a tight two-lane roadway, then the runway. There was some heavy construction going on in the area, and many large trucks, busses and other vehicles traveling back and forth all day, often having to honk at pedestrians walking in the road or standing on the small wall separating the beach from the roadway.

It’s also worth noting this isn’t a major airport with planes flying in continuously, so expect downtime between each arrival. Most of the flights are smaller propeller planes or private jets. But there were a few larger passenger and cargo jets that also landed when we visited. The Sunset Bar & Grill had a listing of the commercial passenger flights on a surfboard at one of their bars, but there were also many more of the smaller planes and a few cargo jets that landed and took off while we were there. From our research online before the trip, it seems the heaviest amount of plane traffic occurs in the late morning and early afternoon. 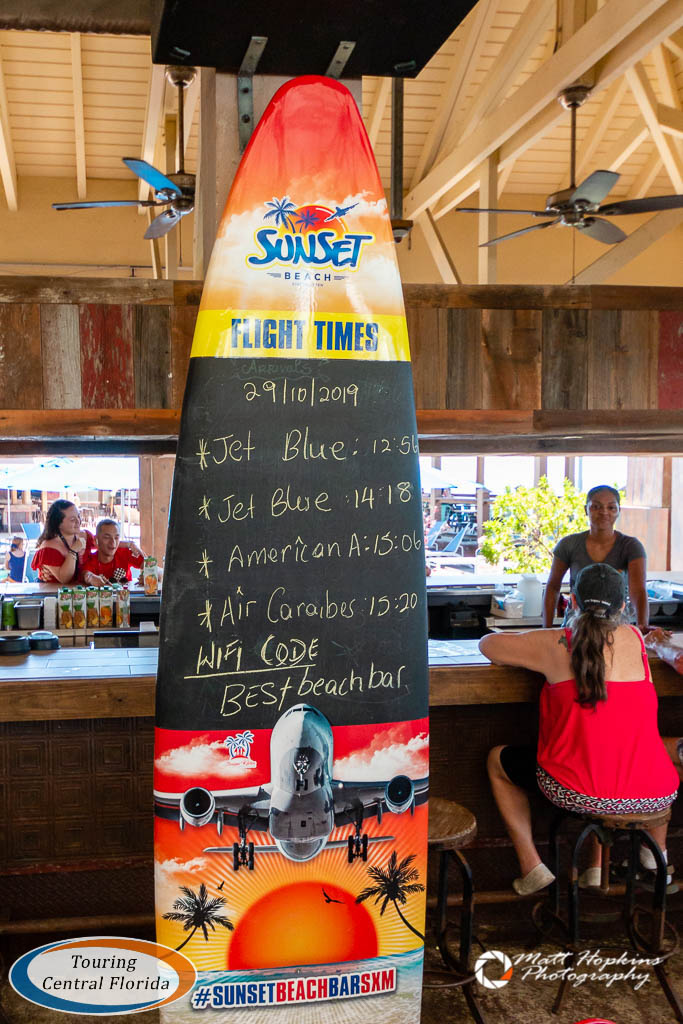 There are several warning signs at the end of the runway not to stand there – but part of the thrill of visiting Maho Beach is to experience a plane coming in for a landing just feet above your head, or feeling the push of the jets from a flight taking off. If you ever wanted to know what it feels like to be sandblasted, this is it. 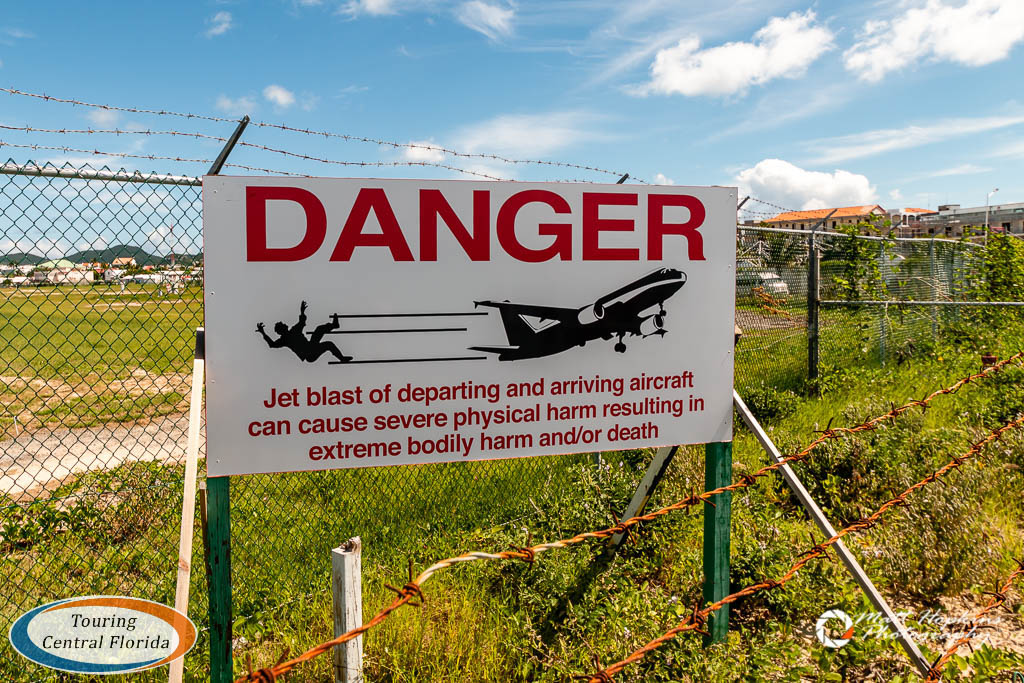 Planes taking off (they headed down the runway opposite the beach end) actually create more of a wind effect than the planes coming in for a landing. Either way, do be careful to protect your eyes and remember it’s an active roadway between the airport runway and the beach.

As mentioned earlier, we were dropped off near and spent some time at Sunset Bar & Grill on the south end of Maho Beach. The bar and restaurant area offer free wi-fi, a gift shop, pool, and other amenities. Public restrooms are available for $1, which is returned to you in the form of a $1 credit to use at the bar or gift shop. There is plenty of seating at Sunset, most of it shaded.

On the northern side of the beach is Driftwood Boat Bar, which is much smaller and more rustic than Sunset Bar & Grill. But it also looked like they offered lower prices, so it’s worth a stop if you’re on that side of the beach. There are some other bars, restaurants, and shops in the area, but we didn’t stray far from the beach during our visit.


The shuttle did make one stop on the way back at a scenic overlook which provided a view of the airport and surrounding area. A couple of local vendors were set up with various crafts, souvenirs, and beverages for those who wanted to purchase. We only spent a few minutes here, just enough time to grab a few photos. 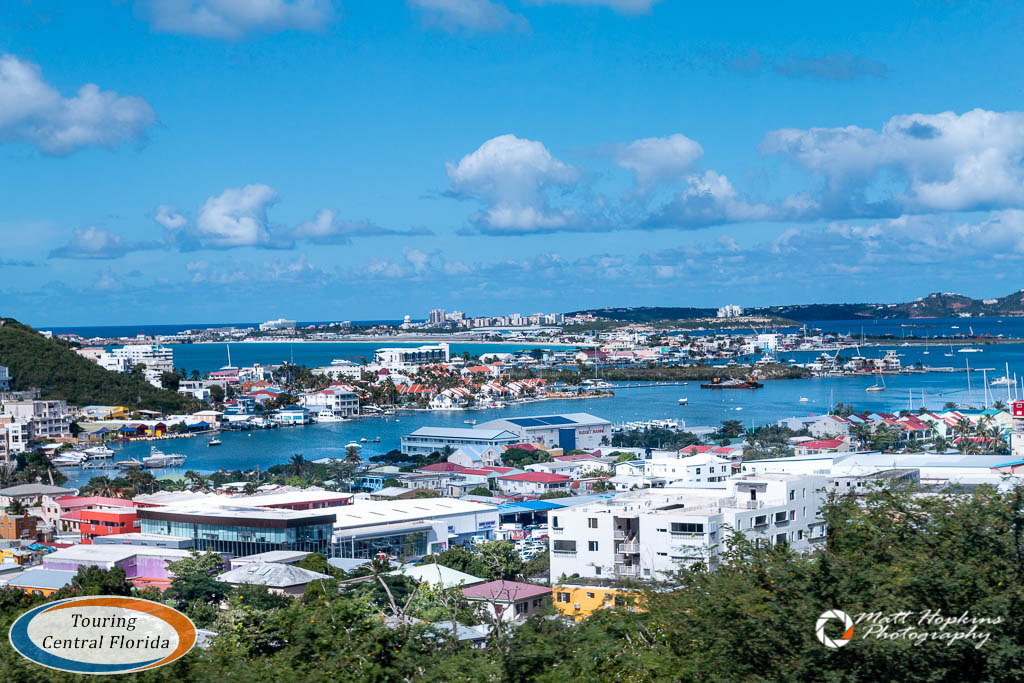 As with any cruise port visit, there just isn’t enough time to really delve into the area and check out everything we would have liked to. But this stop in St. Maarten allowed us to cross an item off our bucket list, and also get a glimpse of the beauty of the island, or at least a portion of its southern side.

Check out a short video of our day in St. Maarten & Maho Beach, including some shots of planes coming in for a landing:

Special thanks to photographer Matt Hopkins for the use of several of his images for this article.