THE LEGO MOVIE WORLD opened to enthusiastic visitors for the first time today at LEGOLAND Florida Resort, taking guests on an immersive journey from the theater to the theme park!

Created in partnership with Warner Bros. Consumer Products and LEGO, the newest expansion features three new rides and numerous attractions, all inspired by the characters and themes of the worldwide blockbuster THE LEGO MOVIE and the exciting big-screen animated adventure sequel THE LEGO MOVIE 2: The Second Part.


“We couldn’t be more excited to officially open THE LEGO MOVIE WORLD,” said Rex Jackson, general manager of LEGOLAND Florida Resort. “THE LEGO MOVIE WORLD is a key piece to our expansion and growth as we further cement ourselves as a multi-day destination.”

“The opening day celebration kicked off with a welcome from Jackson, highlighting all of the land’s new features, rides and attractions. Then, the youngest female rapper to ever sign a record label, That Girl Lay Lay (Alaya High), performed two songs from her latest album and the memorable “Catchy Song” from The LEGO Movie 2: The Second Part. 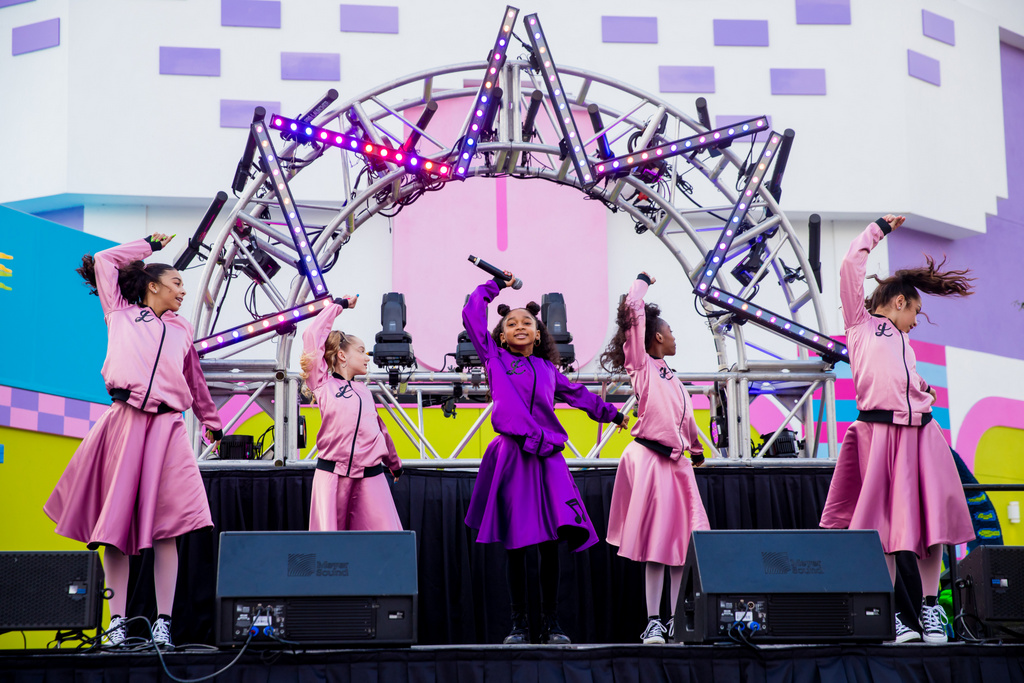 “I can’t believe this is happening,” said That Girl Lay Lay. “Theme parks are a kid’s biggest playground and I get to play and be a part of THE LEGO MOVIE WORLD grand opening! I’m soooo excited!!”

“As we continue to grow our kids business, we are thrilled to partner with LEGOLAND Florida Resort, a leader in kids and family entertainment, to bring THE LEGO MOVIE franchise to life like never before,” said Peter van Roden, SVP, Global Themed Entertainment for Warner Bros. Consumer Products. “This highly-themed, colorful land is faithfully inspired by the characters, adventures and landmarks made popular in THE LEGO MOVIE films, and we are proud to bring this one-of-a-kind experience to our fans.”

Not only will guests feel like life-size LEGO minifigures in the heavily-immersive land, but they’ll also be able to enjoy some of the world’s most-advanced ride technology.

“THE LEGO MOVIE WORLD is a game changer for LEGOLAND Florida Resort,” said Keith Carr, project director of Merlin Magic Making. “The immersion and theming that we’ve incorporated into the area is unlike anything we’ve ever done. Our guests will have so much fun on all three rides, but the land’s marquee ride, THE LEGO MOVIE Masters of Flight encompasses the only 180-degree turn on a flying theater in the world.”

THE LEGO MOVIE Masters of Flight takes guests on a suspended ride aboard Emmet’s Triple Decker Couch surrounded by a full-dome virtual screen, giving the sensational feeling of flying through a world created completely from LEGO bricks.

Unikitty’s Disco Drop takes guests through a rainbow-filled journey based on Unikitty and her many moods. Once on the ride, guests will swoop to the tiptop of Cloud Cuckoo Land, then drop, spin and bounce back down to earth in sync with Unikitty’s wide range of emotions, creating a thrilling and frenzied experience.


At Battle of Bricksburg, the only water ride at LEGOLAND Florida Resort, riders are challenged to stop DUPLO aliens from invading and stealing LEGO bricks by spraying water at targets from their boats. The riders aren’t the only ones who can enjoy playing in the water, outside of the ride will be water cannons for guests to spray and help the riders save the day.

“Our goal is to put a smile on every child who walks into LEGOLAND Florida Resort. By the looks of excitement on the faces of our guests, I know we accomplished that today,” said Jackson.

Buy your tickets now and be among the first to experience THE LEGO MOVIE WORLD https://www.legoland.com/florida/.

For the latest on LEGOLAND Florida and other theme parks, attractions and more across the region, be sure to follow Touring Central Florida on twitter @TourCentralFL, @androckb, @Emmet_TCF, @JacobTouringCe1, and give our facebook page a like.