“We rescue sea turtles from around Florida and beyond, but during winter months, there is a growing need for more animal care facilities to rehabilitate cold stunned sea turtles,” said The Florida Aquarium President and CEO Roger Germann. “This center is opening at the right time, and The Florida Aquarium will be able to dramatically increase the number of sea turtles it cares for during the year.”

The pools at the new care center range in size from 1,500 to 25,000-gallons. The sea turtle dive pool, which reaches a depth of 11-feet, will be used to assess buoyancy issues, swim conditioning and food trials before turtles are cleared by FWC to be returned back into the wild. 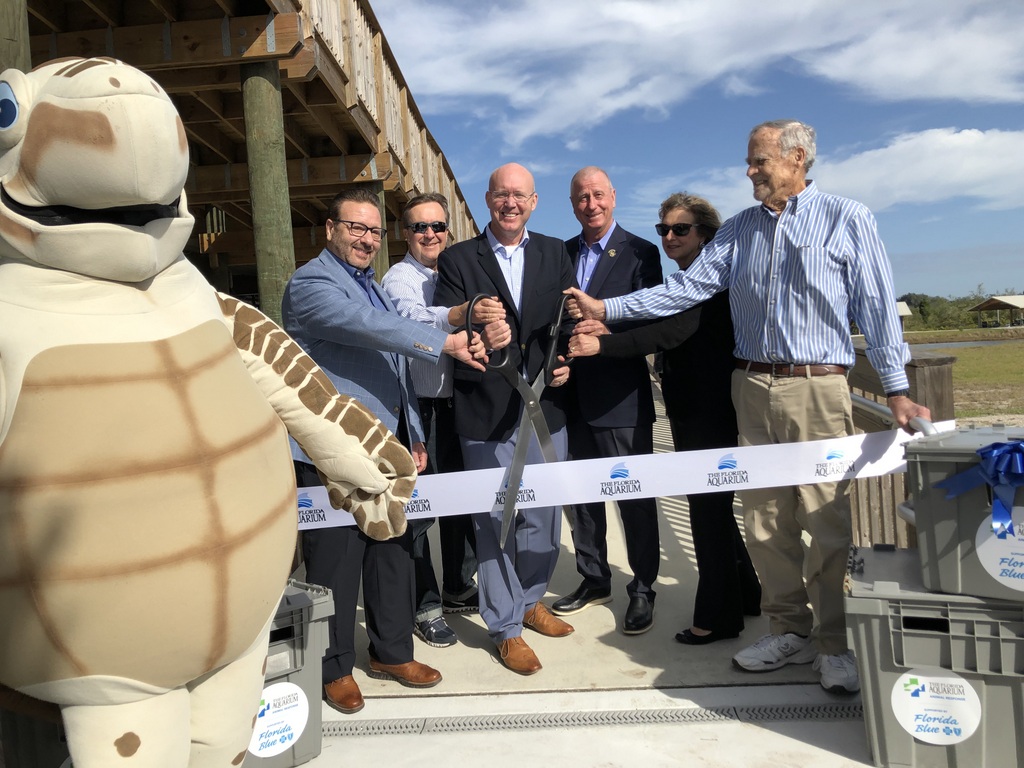 “We believe we have a responsibility to be good stewards of our environment and the animals that depend on it, and this investment will only help us further our mission of protecting and restoring our fragile Blue Planet,” Germann added.

“We are grateful to continue to expand our partnership with such a world class facility like The Florida Aquarium,” said FWC Executive Director Eric Sutton. “We look forward to further work together on sea turtle conservation, coral research and more.”

The Florida Aquarium’s Animal Response Team, that manages sea turtle rescue, rehabilitation and release efforts, has recently been expanded, thanks to a $250,000 grant from Florida Blue.

Since opening its door, The Florida Aquarium has helped rescue and rehab more than 150 threatened or endangered turtles. The Sea Turtle Rehabilitation Center will only ensure that number grows.