With a host of new and limited-time magic debuting in 2019 at Walt Disney World Resort, now, more than ever it’s time to plan a trip to the place where dreams come true.

Starting Jan. 18 and continuing well into 2019, Walt Disney World will unveil a collection of shows, parties, Disney character interactions and more that will evoke guests’ passions for fun and adventure, and allow them to cherish time with family and friends.

All of these new experiences will happen while Walt Disney World is in the midst of its most significant growth of the past two decades, including the recent debuts of Toy Story Land at Disney’s Hollywood Studios and Pandora – The World of Avatar at Disney’s Animal Kingdom.

“Whether you grew up with Mickey and Minnie, ‘The Lion King,’ ‘Cars’ or another classic story, you are going to love what all four of our theme parks have to offer in the coming year,” said George A. Kalogridis, president of Walt Disney World Resort. “This will be a year when the entire family can re-live those memories, plus make new ones together – right here in the world’s premier family vacation destination … the place where dreams come true.”

Mickey & Minnie’s Surprise Celebration Arrives at Magic Kingdom Park
The fun begins Jan. 18 when Mickey & Minnie’s Surprise Celebration kicks off at Magic Kingdom Park, honoring those true originals, Mickey Mouse and Minnie Mouse, with new entertainment, merchandise and specialty food and beverage. A highlight of the celebration will be the new “Move It! Shake It! MousekeDance It! Street Party.” Several times daily, this colorful procession will parade up Main Street, U.S.A. toward Cinderella Castle, where guests will be invited to join in the energetic dance party. Singing hosts will keep things hopping with modern remixes of favorite “Mickey Mouse Club” melodies and more. Joining Mickey and Minnie in all the fun will be a bevy of beloved Disney characters, including Donald Duck, Daisy Duck, Goofy, Pluto, Max, Chip ’n Dale and others.

All of the Main Street, U.S.A. residents are eager to be part of this special Surprise Celebration. From Jan. 18 to Sept. 30, the Dapper Dans, the Casey’s Corner piano player and others will honor Mickey and Minnie with special musical moments throughout the day. And during the celebration, guests will be delighted to find other surprise, limited-time magical experiences popping up all around Magic Kingdom.

Mickey & Minnie’s Surprise Celebration is also a great time for guests at Magic Kingdom to remember why they fell in love with Mickey and Minnie in the first place: Experience the 4D fun of Mickey’s PhilharMagic, see Mickey and Minnie glide down Main Street, U.S.A. as part of the Disney Festival of Fantasy Parade or meet Mickey at the Town Square Theater. 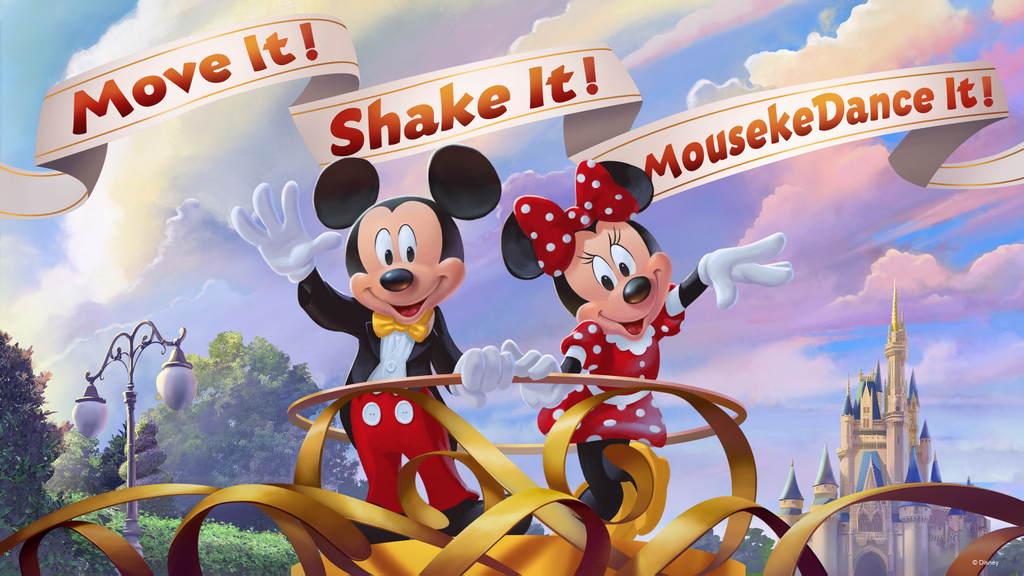 Beginning Jan. 18, Pixar Place will transform into a Municiberg city block from Pixar’s Incredibles films. Guests will meet super suit designer Edna Mode and see some of her greatest creations. They will look for clues to the whereabouts of the youngest Incredible, the mischievous and multi-powered Jack-Jack. And at the end of the block, guests will celebrate the heroic deeds of Mr. Incredible, Mrs. Incredible and Frozone, who will make appearances throughout the day during a party featuring lively music, dancing, interactive games and lots more Super fun.

And then in spring 2019, Lightning McQueen’s Racing Academy will speed into Disney’s Hollywood Studios. This new show experience will welcome guests to the world of Pixar’s Cars films, bringing them face to face with racing legend Lightning McQueen. As the next generation of rookie racers, guests will learn from Lightning’s years of experience on the track. This will be the untold story of Lightning McQueen … as told by Lightning McQueen! 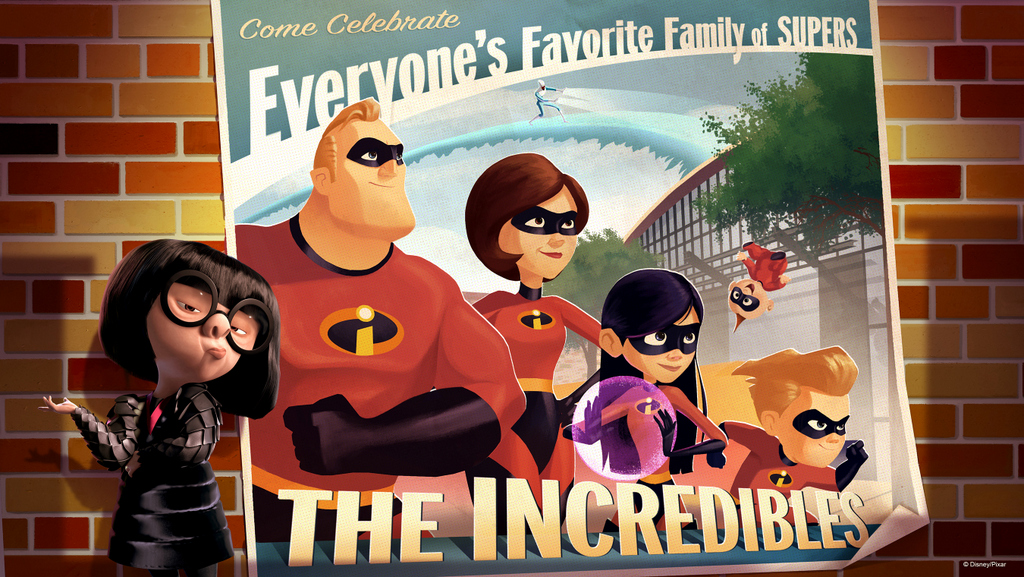 Each day from Jan. 18 to Sept. 30, guests will feel the love during the “Hakuna Matata Time Dance Party,” a raucous celebration where young adventurers will let their inner animals roam free on the dance floor. Timon and Rafiki will engage everyone in entertaining dances and games inspired by “The Lion King,” as wildly talented musicians provide the perfect soundtrack in a World Beat style.

Also from Jan. 18 to Sept. 30, guests will imagine themselves in scenes from the film via new three-dimensional photo opportunities at the park. These backdrops will allow guests to re-create iconic “Lion King” moments ideal for sharing on social media platforms.

Disney’s Animal Kingdom has come alive in a whole new way in recent years. Since its debut in 2017, Pandora – The World of Avatar has captured guests’ hearts and filled them with a sense of wonder. Most recently named one of the “World’s Greatest Places” by TIME magazine, Pandora invites adventurers to a faraway planet filled with floating mountains, flying banshees and bioluminescent foliage. Other new offerings include the Rivers of Light nighttime show and a twilight trek on Kilimanjaro Safaris, both of which allow guests to see and experience the park in new ways. 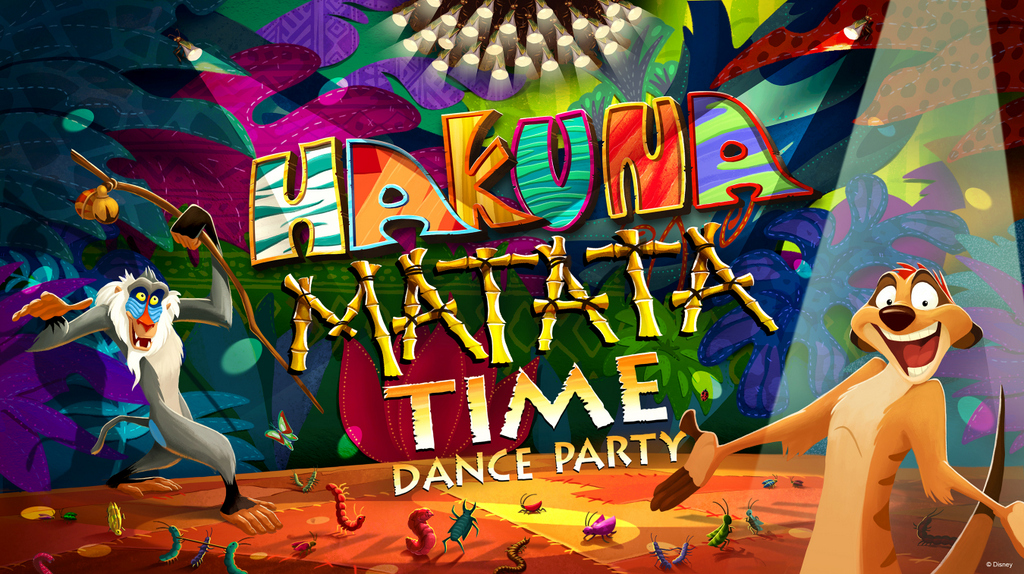 More Live Music Than Ever for Epcot Arts and Flower & Garden Festivals
Festive fun is returning to Epcot throughout 2019, beginning with the Epcot International Festival of the Arts, Jan. 18-Feb. 25. This stirring extravaganza invites guests to indulge in world-class cuisine, remarkable visual art and an extraordinary lineup of live entertainment.

This year, the Disney on Broadway Concert Series expands to seven days a week during the festival, providing even more opportunities than ever before to bask in live Disney magic. Each week, different pairs of Disney on Broadway stars will take to the America Gardens Theatre stage to sing favorite songs from award-winning Disney on Broadway productions. Song choices will derive from the singers’ repertoires, and the lineup will rotate regularly.

Welcome spring’s arrival with the 2019 Epcot International Flower & Garden Festival, returning March 6-June 3. This year’s event will feature delectable bites at outdoor kitchens, as well as dozens of world-renowned, Disney-themed topiaries. For more fun than ever, the Garden Rocks Concert Series expands to seven days a week in 2019, offering a mixture of new artists and returning favorites. With three concerts per day for all 90 days of the festival, Garden Rocks will deliver an amazing 270 concerts next year at the America Gardens Theatre.

And there is even more on the way! An announcement about summertime experiences at Epcot is forthcoming. 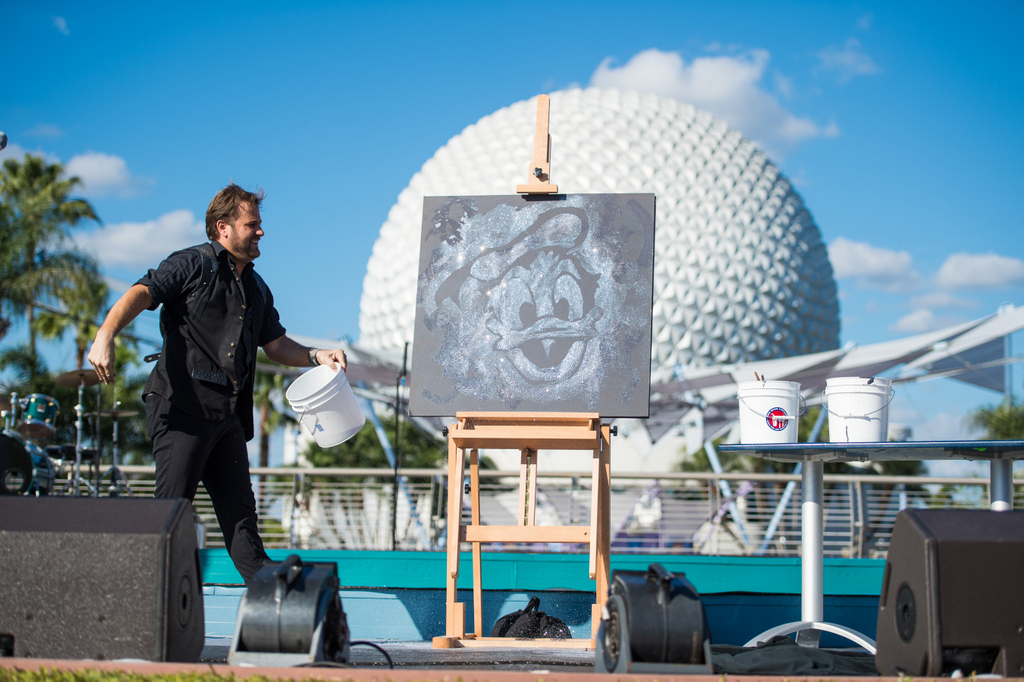