Merry, mischief and thrills all combine as Universal Orlando Resort unwraps its annual Holidays celebration beginning November 17. It’s a holiday celebration unlike any other where guests can do everything from sip hot Butterbeer and witness “The Magic of Christmas at Hogwarts Castle” to meet the mean, green one himself, The Grinch – and more.

See below for complete details on all of the ways guests can elevate their holidays at Universal Orlando Resort:

The Wizarding World of Harry Potter is already one of the most immersive theme park experiences ever created. And now for the Holidays, it will transform into a wizarding wonderland with themed decorations, garlands and lights throughout the streets of Hogsmeade and Diagon Alley. Guests can enjoy special holiday-themed performances by the Frog Choir – comprised of Hogwarts students and their giant croaking frogs – and Celestina Warbeck and the Banshees, one of the wizarding world’s most popular singing sensations. There will also be seasonal food and beverages – including hot Butterbeer.

And, as night falls, guests will revel in a dazzling projection of holiday spirit as Christmas moments inspired by the Wizarding World come to life on Hogwarts castle for “The Magic of Christmas at Hogwarts Castle.” 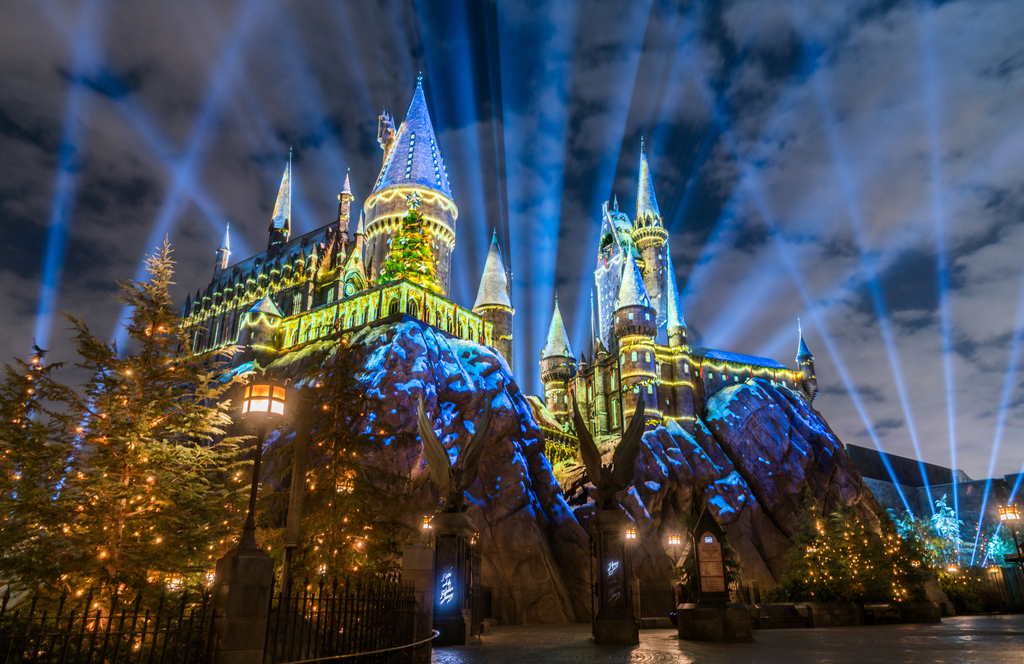 Merry and mayhem combine as Santa Claus, the Minions and other beloved characters from Illumination’s Despicable Me, Shrek and Madagascar take the streets for Universal’s Holiday Parade featuring Macy’s – including more than 30 larger-than-life balloons and floats, hundreds of performers and more.  Guests may also get the opportunity to dance and interact with some of the characters during special appearances prior to the parade. 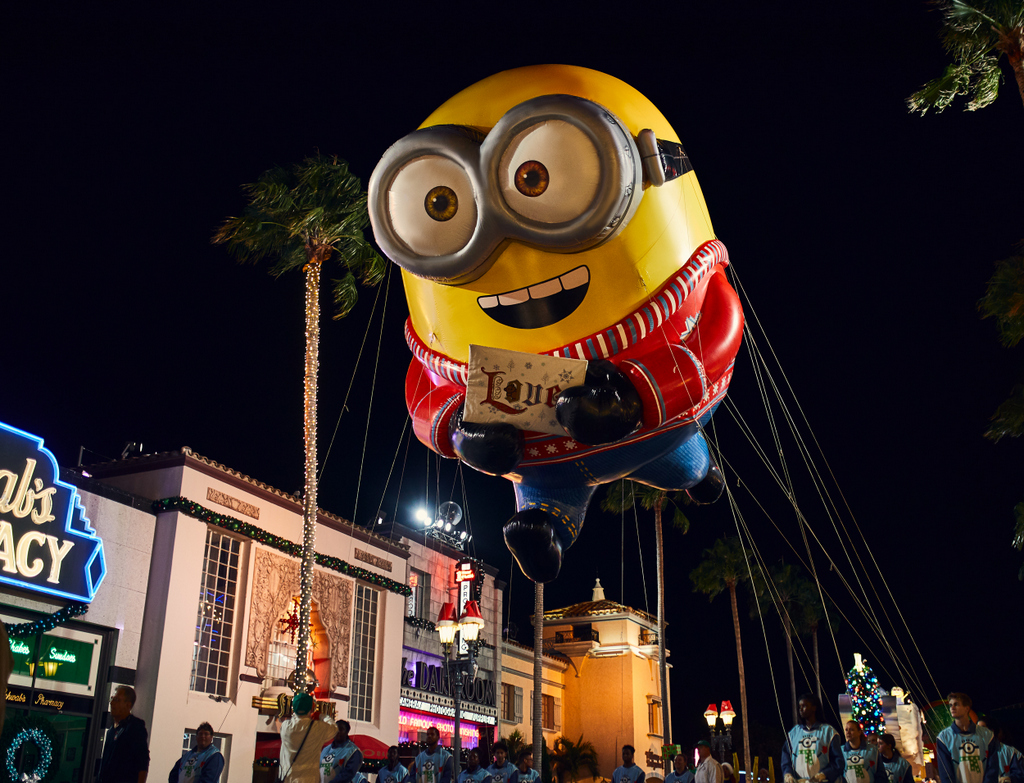 Grinchmas at Universal’s Islands of Adventure

See the maven of mischief himself during Grinchmas at Universal Orlando. Guests can enjoy “Grinchmas Who-liday Spectacular” – a live retelling of Dr. Seuss’s holiday classic starring the mean, green one – and special appearances by the merry Whos from Who-ville throughout Seuss Landing.  Guests may also join the Grinch and his friends at Circus McGurkus Cafe Stoo-pendous for a separately ticketed breakfast on select dates (tickets for this festive breakfast are now available). 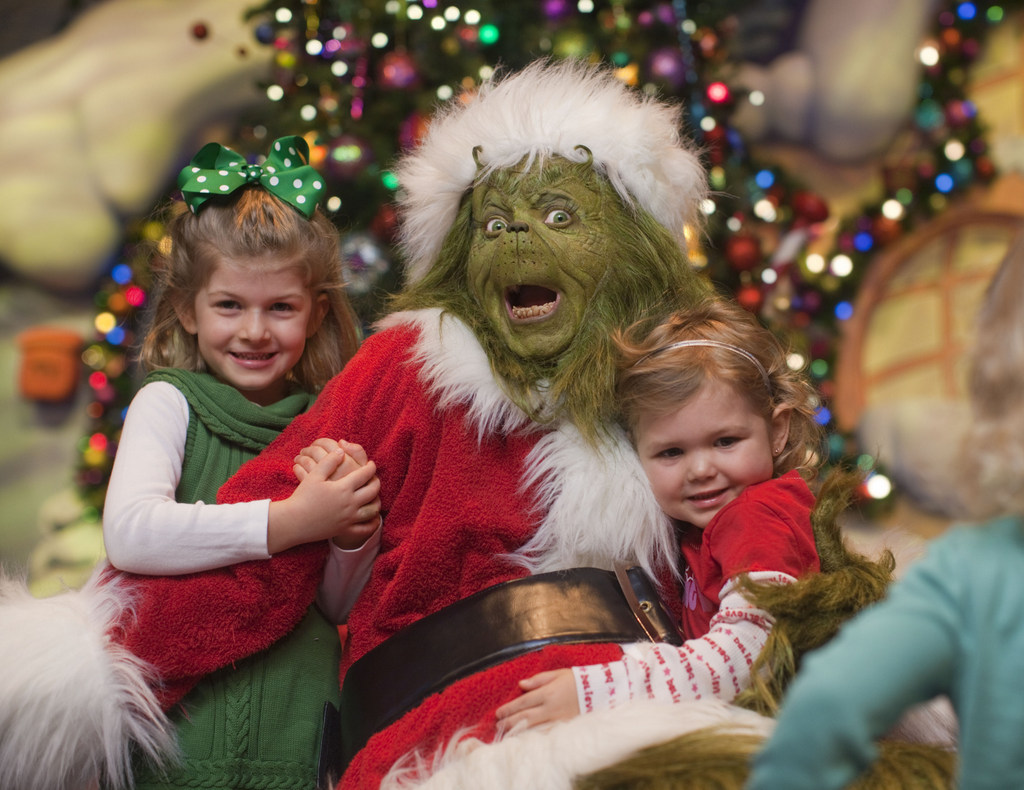 The best-selling holiday artist of all time, Mannheim Steamroller, returns to Universal Studios Florida to fill the air with the sounds of the season. Guests can take in live concerts at the Music Plaza Stage on the following nights: Nov. 17, 18, 24, 25 and Dec. 1, 2, 8, 9, 15, 16. 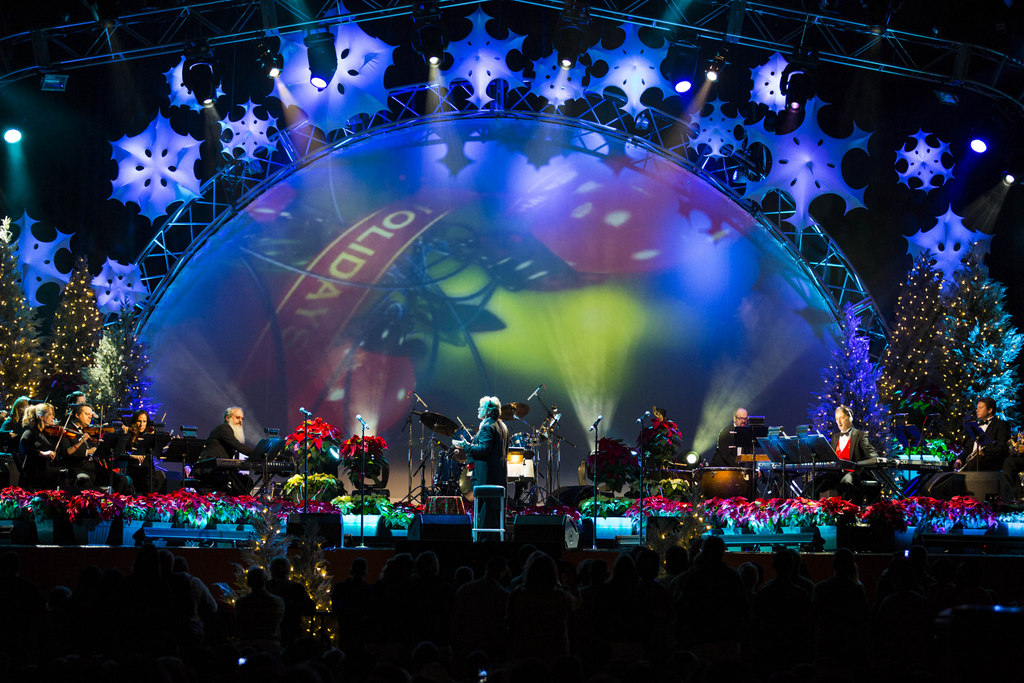 Access to all of the above Holidays festivities is included with admission to the parks or with an Annual Pass, which are now available with up to six months free. Visit www.UniversalOrlando.com/AnnualPass for details about special savings and block-out dates.

Guests can also take advantage of the Holiday Stay and Play Package, which gives guests $100 in savings on travel from Nov. 17 through Jan. 6 and the opportunity to revel in the holiday celebrations at Universal’s on-site hotels, which include seasonal decorations, festive tree and menorah lightings, kid-friendly holiday activities, visits with Santa, buffet feasts for Thanksgiving and Christmas, and more. The package not only includes five-night hotel accommodations, but also base admission to all three theme parks at Universal Orlando Resort – including Universal’s Volcano Bay.

Guests can ring in 2019 with style at Universal Orlando with various New Year’s Eve celebrations that offer something for everyone.

Universal Studios Florida will host its biggest New Year’s Eve celebration yet – complete with rockin’ party zones at the Music Plaza Stage and Central Park areas of the park, live upbeat music, appearances by some of guests’ favorite characters, party favors, confetti and – of course – pyrotechnics.  It’s fun for the entire family and it’s included with theme park admission, or with a Preferred or Premier Annual Pass.

Guests 21 and up can enjoy the ultimate upscale party at EVE at Universal CityWalk, where they get access to six CityWalk clubs with live bands and DJs, unlimited gourmet cuisine, and the chance to dance all night long on Orlando’s largest outdoor dance floor featuring award-winning DJ M-Squared. And once the clock strikes midnight, guests will enjoy a Champagne toast and pyrotechnics display. EVE tickets are on sale now and there is a $30 discount if purchased before Dec. 15. Guests must be 21 and up to attend.

Some of Universal Orlando’s on-site hotels will also join in the New Year’s Eve fun, with entertainment, midnight toasts and more. Highlights include a “ROCK-in!” New Year event at the Hard Rock Hotel, featuring a balloon drop and live countdown from Times Square via satellite, and Jake’s “Best of 2018” Beer Dinner at Loews Royal Pacific Resort.

Join in the conversation on social media using #HolidayLikeThis. For the latest on Universal Orlando Resort and other theme parks, attractions and more across the region, be sure to follow Touring Central Florida on twitter @TourCentralFL, @androckb, @Emmet_TCF, @JacobTouringCe1, and give our facebook page a like.