Tickets are on sale now for this after-dark event, which is part of an Incredible Summer coming to Walt Disney World Resort. Tickets are $55 plus tax for guests ages 10 and up, and $50 plus tax for children ages 3-9.

On Thursday and Saturday evenings, from June 21 to August 11, Rex and his “Toy Story” pals will transform Typhoon Lagoon like never before by throwing a glow party in the surf pool and throughout the park. Rex, a.k.a. Partysaurus Rex, will serve as host and invite guests of all ages to join the festivities. All attractions will be open for guest enjoyment and, as part of the fun, there will be special food and beverage offerings, “Toy Story” character greetings, a DJ dance party on the beach and more. Disney H2O Glow Nights also will feature The Wharf, a unique, adults-only area with a private bar, entertainment and additional seating. To purchase tickets and learn more about Disney H2O Glow Nights, call (407) 939-1872. 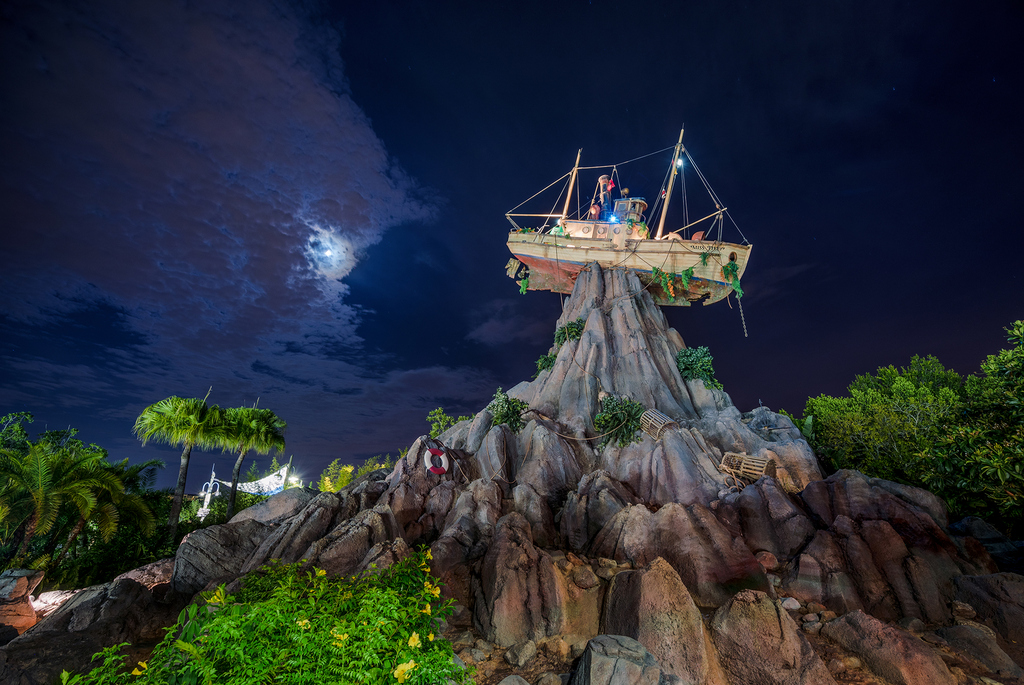 Disney H2O Glow Nights is one of many new and exciting experiences coming to Walt Disney World Resort as part of an Incredible Summer that will include:

Disney’s Typhoon Lagoon is a 60-acre themed water park – inspired by the legend of a typhoon, earthquake and volcanic eruption. As the story goes, those events combined to create an inland sea with break waves (Typhoon Lagoon) and a towering watershed mountain (Mt. Mayday) with a stranded shrimp boat (the Miss Tilly) on top.

The park offers water activities for all ages, including signature attractions such as the water-coaster Crush ‘n’ Gusher; the water playground, Ketchakiddee Creek; and the popular Castaway Creek, a meandering lazy river.

For the latest on Walt Disney World and other theme parks, attractions and more across the region, be sure to follow Touring Central Florida on twitter @TourCentralFL & @androckb, and give our facebook page a like.